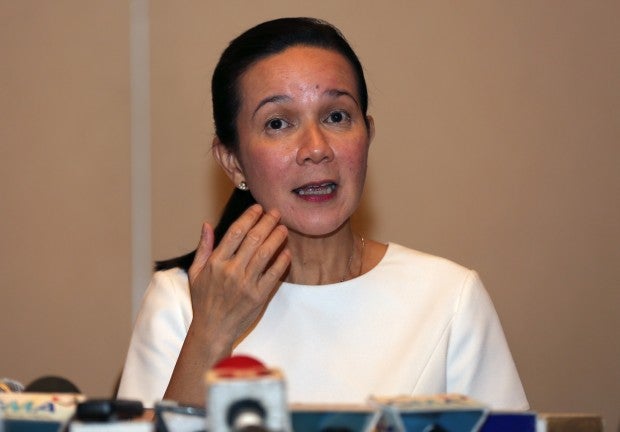 Senator Grace Poe’s lawyer is “begging” the three magistrates, who voted to unseat her as senator at the Senate Electoral Tribunal (SET), to inhibit at least on the citizenship issue in four disqualification cases against her at the Commission on Elections (Comelec).

The three were Senior Associate Justice Antonio Carpio and Associate Justices Teresita Leonardo de Castro and Arturo Brion, who had already inhibited from participating in the Supreme Court’s deliberations on the SET decision.

(So for us, in order to avoid what can be called a prejudgment, we are pleading and begging if it is possible for them not to participate in that (citizenship) issue at the Comelec.)

The Comelec earlier ruled to cancel Poe’s certificate of candidacy for president in the 2016 elections over her citizenship and residency.

Poe’s citizenship was the same issue raised in a quo warranto petition filed at the SET by nuisance presidential bet Rizalito David. However, the tribunal, voting 5-4, junked the petition. The three justices were among those who voted in favor of David’s petition.

And while they have a pending motion seeking for the inhibition of the three justices from the Comelec cases, Garcia acknowledged that they could only appeal, but not compel, to them to also do the same on the Comelec cases.

(This is a personal decision of the three magistrates but if they will tell that they will still participate and they will look deeper into the issue of citizenship at the Comelec, there is nothing we can do. There are no rules or standard and permanent guidelines on that matter.)

(We are not really afraid but they already had a decision in the SET on the same issue so if you will be situated in the same case, of course, common sense would dictate that they might not vote favorably for you because they had judgement on that matter.)

Meanwhile, Garcia reiterated that the Comelec has no other choice but to include Poe’s name in the official list of candidates for 2016 unless the Supreme Court sets aside the temporary restraining order (TRO) it issued on the Comelec’s decision.

‘Only Poe’s rivals can exclude her’

Poe thanks SC for ‘just, compassionate’ TROs on disqualification