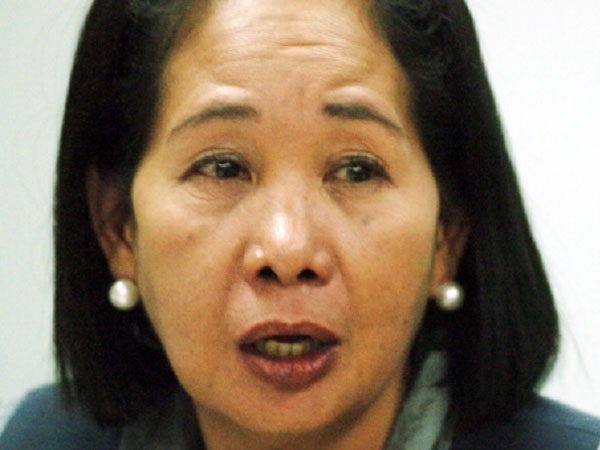 Torres, 63, died at 2 a.m. at The Medical City Clark in the Clark Freeport, where she was taken after complaining of dizziness and chest pain on Dec. 31.

Aquino had been spending the holidays at the presidential Mansion in Baguio City since New Year’s Eve when news about Torres’ death reached him.

Family members said Torres was in good spirits during the Christmas week. They organized a two-day wake at Torres’ home at the Baltazar subdivision in Paniqui town in Tarlac province before she would be transferred to her hometown of La Paz, also in Tarlac.

Torres’ friendship with Mr. Aquino had been considered the “Achilles heel” of the President who espoused “Daang Matuwid (the Straight and Narrow Path).”

She had been linked to irregularities when she served as LTO chief but had not been prosecuted until her retirement in October 2013.

Torres, however, left the agency on the heels of an Internet video scandal involving a footage of her playing a slot machine in a casino. A Malacañang memorandum circular prohibits government personnel from entering and playing at gaming establishments.

In August last year, Torres was again in the spotlight when she allegedly tried to coerce Bureau of Customs officials into releasing P100 million worth of seized sugar from Thailand.

Torres said she had put up a sugar enterprise since her retirement from the LTO. Reports from Tonette Orejas and Jo Martinez-Clemente, Inquirer Central Luzon

Read Next
Soldier gunned down in Maguindanao town
EDITORS' PICK
US, Indonesia commit to South China Sea defense in ‘strategic dialogue’
Patients ‘almost die’ waiting for Kalibo hospital beds to free up, says mayor
Smart reaffirms dominance as the Philippines’ fastest 5G mobile network
The vivo V21 drops its price to equip the influencer in you
Why REIT investment makes sense
Aklan gov to request for ECQ if COVID-19 cases will further increase
MOST READ
‘Hatid-sundo’ for APORs not allowed during ECQ — PNP
Pacquiao seeks PNP’s help, wants ‘forged’ PDP-Laban memo probed
‘At peace’ with effort, EJ Obiena establishes himself among PH’s greatest ever
Anxiety over paltry lockdown aid: ‘We will die of hunger’
Don't miss out on the latest news and information.