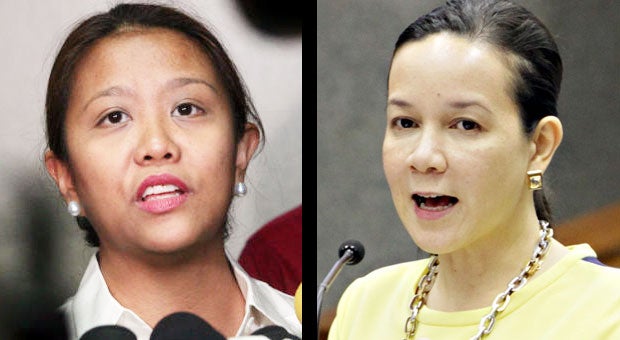 They may belong to rival political camps but both Senators Grace Poe and Nancy Binay hope that the succeeding administration will be a better and kind-hearted one.

Poe, the leading presidential contender, said that 2016 is the right time to fulfill the promise of a better government for the Filipino people.

“We emerge from  2015 with more courage, more solid faith, more concern for our fellowmen and with greater resolve to achieve more. The Filipinos

—here or abroad—deserve more than the promise of good governance,” Poe said in an e-mailed statement.

“It is time that this be translated into actual good service. It is time for their promised share of the social payback from the much vaunted economic reforms,” Poe said.

On the other hand, Binay, the daughter of Vice President Jejomar Binay, one of Poe’s rivals, said people were looking forward to a “brighter and better 2016—for a new beginning will build a progressive and compassionate Philippines: a nation of peace, prosperity and dignity.”

“May 2016 usher in a new and kind-hearted government that will lead our country to new heights,” said Binay.

In her statement, Binay said the start of a new year was a “new beginning in our lives.”

Poe said the elections in May would be an opportunity for the people to “choose the leaders who will steer this nation.”

“We greet this unfolding future with optimism,” she said. “The New Year is always a hopeful time as we celebrate the conclusion of one year and the beginning of another. In this spirit, let us cast away the things that keep us apart from each other. Let us continue to hope, pray and work for glad tidings, good health and abundant graces for our family and the nation.”

But Poe’s presidential bid has been hobbled by questions over her citizenship and residency.

Before the year ended, the Commission on Elections (Comelec) en banc voted to cancel her certificate of candidacy due to her failure to prove she is a natural-born Filipino and that she had  resided in the country in the last 10 years.

She, however, won a reprieve from the Supreme Court which issued two separate temporary restraining orders stopping the Comelec from disqualifying her from the presidential race.

Mr. Aquino arrived here before 6 p.m. on Thursday and spent his private time away from the media. Some government officials said they were not alerted about the President’s holiday here.   With reports from Kimberlie Quitasol and EV Espiritu, Inquirer Northern Luzon