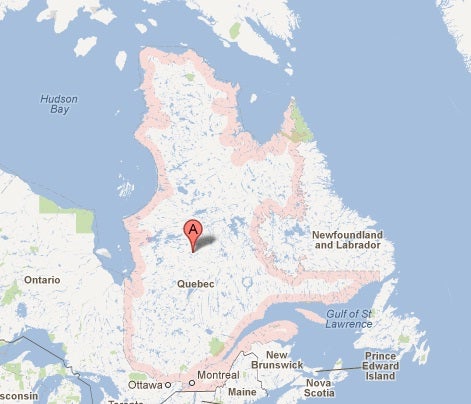 The weather is linked to a deadly system that created chaos in Texas over the weekend, meteorologists said.

At least 11 people were killed as tornadoes struck the heavily populated Dallas area, with heavy rain and snowfall also hitting the state.

“An intense low pressure system from Texas is affecting the Great Lakes area today. A warm front associated with this low is producing freezing rain this morning” in southern Ontario and snow further to the east, experts at Environment Canada said.

The wintry mix disrupted air travel and caused dangerous conditions on the roads.

Toronto’s Pearson International Airport urged travelers to check the status of their flights with the airlines.

“Winter weather along (the) US Eastern Seaboard and in Montreal and Ottawa causing some delays and cancellations,” it said.

At Montreal’s airport, about 20 flights had been canceled by mid-morning while others saw major delays.

In the Toronto area, about 300 road accidents have been reported since Monday evening, with motorists trying to maneuver in icy conditions.

Environment Canada officials urged the public in Quebec province to leave their cars at home, warning that 30 to 40 centimeters (11 to 16 inches) of snow were expected by day’s end.

The storm arrives more than a month later than normal, with the lack of snow leading to a drop in activity at ski resorts over the Christmas holidays.