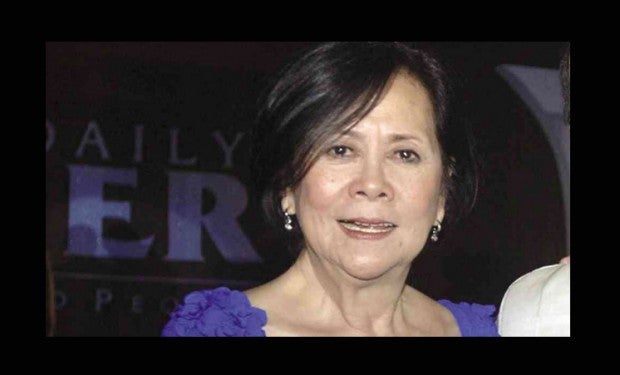 In the proposed Senate resolution, Magsanoc was recognized as “a resolute leader and a generous mentor to her colleagues in the profession.”

“Magsanoc’s commitment to responsible, complete and fair reporting, regardless of the risks and hazards such vow entails, cultivated higher ethical standards in the field of journalism and fostered a steadfast pursuit for the truth,” Drilon said in a statement.

Magsanoc died on Christmas Eve due to cardiac arrest. She was 74.

She was one of the founders of the Philippine Daily Inquirer and eventually became its editor in chief in 1991. Magsanoc is recognized as an icon in Philippine journalism for her commitment to press freedom during the days of Martial Law.

Drilon said that Magsanoc “stood as a prominent sentinel of press freedom who actively resisted any form of undue suppression in journalism and bravely wielded her pen to expose the truth, despite the perils of such a courageous stance.”

“Her fearlessness inspired colleagues in the profession whose collective efforts set off a series of events that precipitated the country’s freedom from the clutches of a dictatorial government,” Drilon added.

The Senate will adopt the resolution when it resumes session next month, a copy of which will be presented by the Senate to Magsanoc’s family. RAM