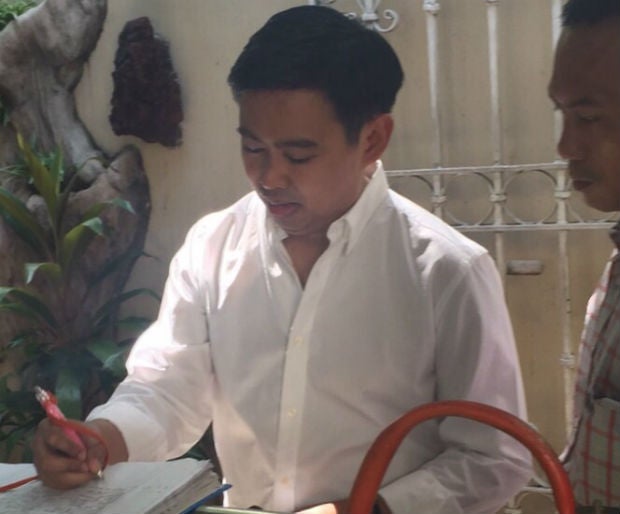 Powerlink.com Corp. (PCC) and Codeworks.ph Inc., (CPI) entered into several contracts with the Makati City government from 2011 to 2014, the complaint said.

Stockholders of these companies, such as Hirene Lopez from PCC and Marguerite Lichnock from CPI, are known dummies of Binay.

“It has been fairly established that it was a standard operating procedure during the incumbency of Vice President Jejomar C. Binay as Mayor of Makati, all biddings were rigged and prearranged so these lucrative contracts were won by chosen companies fronted by so called “incorruptors” or incorporators for the benefit of their Godfather, Jojo Binay and Junjun Binay during the latter’s incumbency as heir to the mayoralty throne,” the complaint read.

It added that the “repetitive utilization of corporate dummies or fronts establishes that the Binays had direct financial interest on the financial windfalls generated by these companies through assured awards of lucrative contracts from the Makai City Government.”

The complaint was filed “to give justice to the people of Makati and the Filipino people at large, who have been defrauded for 29 long years, with taxpayers’ money stolen through ingenious use of front companies contracting with the City Government of Makati.”

Bondal, a rival of the Binays, first filed a plunder case against them over the anomalous construction of the Makati City Hall’s parking building. RAM