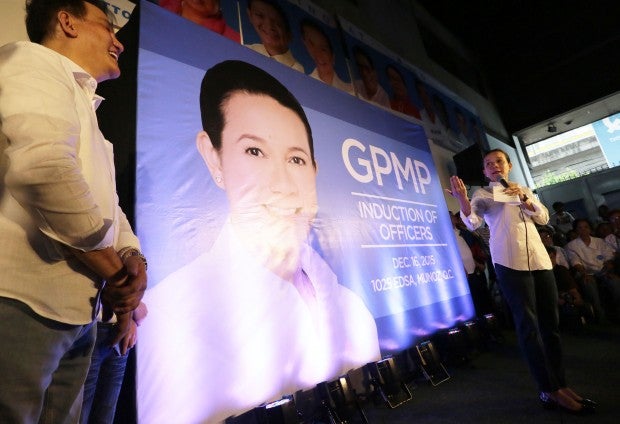 A top ally of Sen. Grace Poe on Wednesday said the final battle for her bid to run for President in next year’s general elections would be fought in the Supreme Court.

Isabela Rep. Giorgidi Aggabao said Poe’s defeat was all but certain in the disqualification cases filed against her in the Commission on Elections (Comelec), with disappointing decisions handed down in recent days: 3-0 in the Second Division and 2-1 in the First Division.

Aggabao, president of the Nationalist People’s Coalition, said that at this point, the Comelec defeat has neutralized Poe’s 5-4 victory on the Senate Electoral Tribunal (SET) where she faced ouster from the Senate for the same reasons cited in the Comelec cases against her—she is not a natural-born Filipino and she does not meet the 10-year residency requirement for elective officials.

Poe thus has won round one on the SET and is poised to lose round two at the Comelec, with the final and deciding round to be fought in the Supreme Court, Aggabao said.

“Judging from the votes reached at the division level, it’s almost a cinch she will lose her appeal [in the Comelec]. But the real battle is [in the Supreme Court],” he said in a text message to the Inquirer.

“To be sure the issue of citizenship respecting a foundling is a case of first impression. Only the [Supreme Court]. . . may promulgate a definitive ruling on it,” Aggabao said.

Aggabao said that only 12 justices will rule on Poe’s disqualification case after Associate Justices Antonio Carpio, Arturo Brion and Teresita Leonardo-de Castro voted to disqualify Poe in the SET ruling.

“They will have to recuse themselves from the voting,” Aggabao said.

But former Justice Secretary Silvestre Bello III and Ako Bicol Rep. Rodel Batocabe are not yet throwing in the towel on Poe’s cases in the Comelec.

“It is not prudent to speculate on how the [full Comelec] will rule on Senator Poe. The possibility (that the commissioners would change their minds) is still there,” said Bello, a representative of 1-BAP party list.

Batocabe, a supporter of Poe, said that it is possible the Comelec will reconsider the decisions of the two divisions in view of appeals from some sectors to let the voters decide her fate.

The Supreme Court on Wednesday scheduled for Jan. 19 oral arguments on a petition seeking to set aside the SET decision for grave abuse of discretion.

Supreme Court spokesperson Theodore Te said the full court also ordered the SET and Poe’s camp to comment on the petition filed by Rizalito David, who lost the case on the tribunal.

How to legally disqualify Duterte, Poe

Poe on Duterte: I pray he won’t be disqualified