Class suspensions on Dec. 16 due to Typhoon ‘Nona’ | Inquirer News

Class suspensions on Dec. 16 due to Typhoon ‘Nona’ 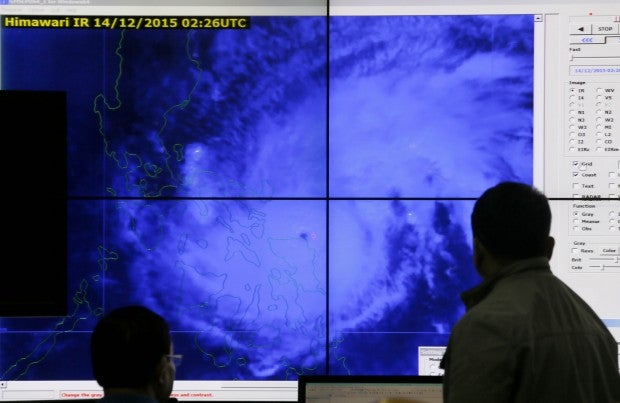 Government meteorologists monitor from a satellite image of Typhoon “Nona” (international name: Melor) in Quezon City as it hits the Philippines on Monday, Dec. 14. Thousands of residents evacuated as the typhoon slammed into the eastern Philippines, where flood- and landslide-prone communities are bracing for destructive winds, heavy rains and coastal floods of up to 13 feet, officials said on Monday. AP

Several local government units on Tuesday evening suspended classes for Dec. 16 due to the effects of Typhoon “Nona.”

Classes in the following areas are suspended:

The Department of Education earlier released guidelines for the cancellation of classes.

It added that under Storm Signal No. 3, all classes in kindergarten, elementary, high school, college and graduate school levels are suspended.

However, according to the DepEd, the local government unit has the authority to declare class suspensions in their respective areas even when there is no storm signal.

It said local chief executives had the prerogative to suspend classes in case a localized cancellation is necessary, for instance in the event of flooding even without a storm signal, earthquakes, tsunami, landslides and fire.