Grace Poe on DQ cases: I don’t want to lose hope on Comelec 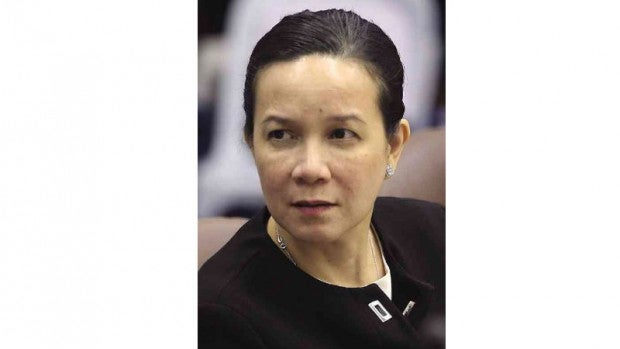 POE: Disappointed but this is not the end. FILE PHOTO

Faced with possible disqualification from the 2016 presidential race, Senator Grace Poe managed to joke on Monday about her inability to avoid punches.

“Si FPJ kasi nagpapabugbog. Ako hindi lang siguro marunong umilag,” Poe said at a press conference shortly after the commemoration of the 11th death anniversary of her father, the late Fernando Poe Jr. at the Manila North Cemetery in Manila on Monday.

(FPJ is getting bruises. As for myself, maybe I don’t know how to evade punches.)

(FPJ taught me then how to punch. Sometimes, when he has punching bag in our house, he taught me but not much on evading punches.)

READ: Emotional Poe recalls FPJ’s advice: Don’t give up fighting for others

The Comelec’s First and Second Divisions have already decided to disqualify her. However, Poe appealed the case at the Comelec en banc.

(I don’t want to say that I am losing hope on Comelec but of course, we have to take my experience as a basis.)

(That’s why for me, I always bear in mind that whatever the outcome will be, it lies on the Supreme Court (SC). That’s why we will focus our preparation there, the prayer that there will be justice at SC.)

Asked if the three justices who voted at the Senate Electoral Tribunal (SET) to unseat her as senator should inhibit from the case filed against her in the Comelec, Poe said she could only hope that the magistrates would voluntarily do it

(For me, I think I will have to rely on their voluntary act that they will inhibit.)

Carpio earlier said that they would inhibit from the SET case when it reaches the Supreme Court. RAM