A first: ’Climate justice’ makes it to text of Paris climate pact 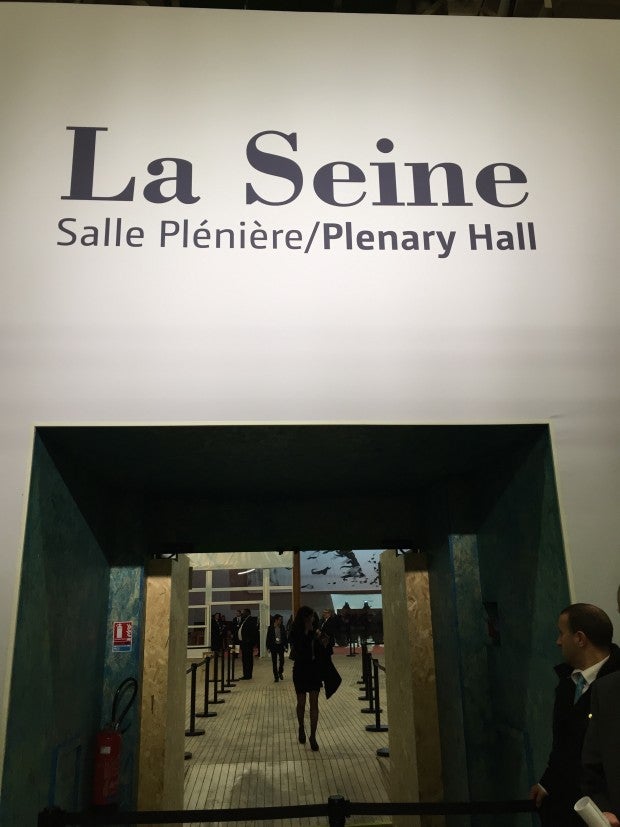 A look at the corridor leading to the main plenary hall of the Le Bourget exhibition and convention center, site of the historic climate change negotiations. PHOTO JN

PARIS—Dean Antonio La Viña’s reaction to the surprise final-draft inclusion of “climate justice” in the preamble of the draft Paris Agreement on climate change can be summed up in a single, spontaneous burst: “Amazing!”

“Yeah, I’m so happy. Amazing,” he said during a short press briefing held just outside the La Seine plenary hall, at the exhibition and convention center of Le Bourget, minutes before the 7th meeting of the Comite de Paris was to start. After the meeting, the delegates to COP21 are expected to convene in plenary to adopt or reject the draft Agreement.

La Viña, a negotiator, the spokesperson for the Philippine delegation to the climate talks in this city, and the dean of the Ateneo School of Government, is a veteran of 20 COPs, or Conference of Parties, as the annual two-week summits of the UN Framework Convention on Climate Change are known.

“You can see that it’s qualified [the reference to climate justice], but I don’t care,” La Viña said. “It’s the first time ‘climate justice’ ever appeared in an international document. Amazing, to get that, right? No matter how qualified it is …”

In the third and possibly final version of the “clean” text of the draft Agreement, the concept of climate justice was added to the preamble. Paragraph 13 reads:

“Noting the importance of ensuring the integrity of all ecosystems, including oceans, and the protection of biodiversity, recognized by some cultures as Mother Earth, and noting the importance for some of the concept of ‘climate justice,’ when taking action to address climate change.”

Climate justice is a concept that recognizes the moral obligation at the heart of historical responsibility: because greenhouse gases accumulated since the Industrial Revolution were contributed mostly by developed economies, these same economies bear a greater obligation to help solve the problem of global warming.