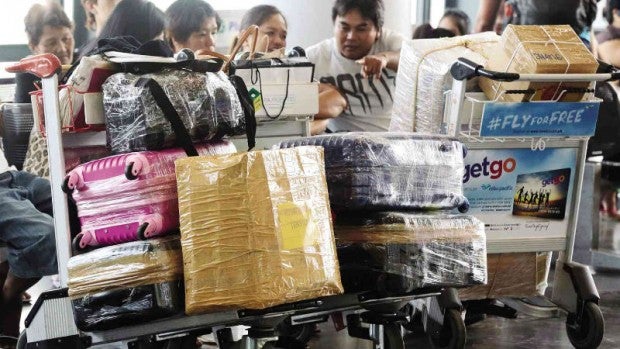 The National Bureau of Investigation filed criminal charges against six individuals—four of them policemen—for robbery-extortion and graft in connection with a “tanim-bala” (bullet-planting) incident at Ninoy Aquino International Airport.

READ: NBI to file robbery-extortion case vs Avsegroup over ‘tanim-bala’

OTS officers Ma. Elma Cena and Marvin Garcia were cited for allegedly planting evidence in violation of Republic Act No. 10591 or the Comprehensive Firearms and Ammunition Regulation Act.

The six respondents were accused of planting a .22-caliber bullet in the luggage of American citizen Lane Michael White in September. He and his stepmother, Eloisa Zoleta, now stand as the complainants in the cases prepared by the NBI.

“We feel very relieved with the NBI filing of the cases; we hope the truth will come out,” Zoleta told the Inquirer in a phone interview.

In another piece of good news for the White family, the Pasay City Regional Trial Court has dismissed the charges filed against Lane for illegal possession of ammunition.

In a six-page decision released Wednesday, Judge Pedro Gutierrez of Pasay RTC Branch 119 cited lack of probable cause. “Assuming that the bullet was found in the luggage of (the) accused, evidently the facts do not constitute an offense as… the affidavits did not state that the accused has intent to possess the single bullet,” he said.

There was a “conspiracy to plant evidence to impute crime on the accused on the part of security screening officer Marvin Garcia, baggage inspector Maria Elma Cena and SPO2 Rolando Clarin,” Gutierrez said.

The judge asked why White’s bag was checked five times in the X-ray machine when the common practice was to have bags screened only twice. He also noted that the bullet supposedly found was locally made and “could not have been brought by the accused who is an American.”

Welcoming the court ruling, Zoleta said “Lane is very happy with the outcome of the NBI investigation and the court’s decision. He wishes that he can return soon to the United States so he can rest and recover from this ordeal, which has affected his and our family’s health very much.”

Quoting the NBI findings, Caparas said the task force created for the tanim-bala incidents concluded that “these had been perpetrated by corrupt OTS officers for the purpose of obtaining financial consideration from unsuspecting passengers in lieu of the non-filing of criminal charges.”

“However, the likelihood of an organized syndicate involving OTS, ASG and even Manila International Airport Authority offices existing and operating at Naia was not established,” he said.

The task force also did not dwell on the responsibility of the heads of agencies whose personnel were involved in the scheme, he said.

The DOJ official said perpetrators of the scam were “opportunists” who took advantage of people ignorant of the law against bringing bullets to the airport.