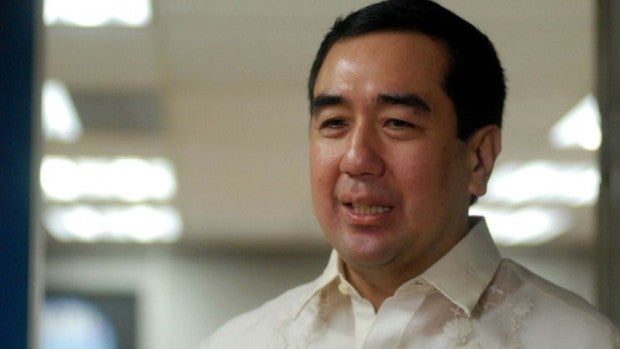 Commission on Elections (Comelec) Chair Andres Bautista on Thursday denied he is blackmailing the Supreme Court (SC) when he warned against the possibility of postponing the May 2016 polls due to the temporary restraining order (TRO) the high court issued on their “no bio, no boto” policy.

READ: Comelec fears ‘flying voters’ with SC TRO on ‘no bio, no boto’

“How can I even blackmail the Supreme Court? I do not blackmail anybody,” said Bautista in an interview with reporters.

The TRO stemmed from a petition for certiorari and prohibition filed last Nov. 25 by Kabataan party-list to assail the constitutionality of the policy, which is anchored on the Mandatory Biometrics Registration Law.

Bautista explained how the TRO has caused a domino effect in the poll agency’s preparation, particularly in finalizing the project of precincts or the precinct assignment of voters, the number of vote counting machines and official ballots, and the customization of the automated election system.

However, Kabataan Rep. Terry Ridon accused Bautista of blackmailing the Supreme Court into lifting the TRO by sowing fear of having delayed elections.

Meanwhile, Bautista welcomed the decision of the Supreme Court to tackle in an en banc session next week the TRO it issued on the “no bio, no boto” policy.

“We are very pleased with that development,” he told reporters.

“As you know, I wrote a letter last Tuesday, essentially telling them not on the legal but more on the practical, operational issues, things in the Comelec in respect with our preparations,” he said.

About three million potential voters were not able to file their biometrics data before the deadline.