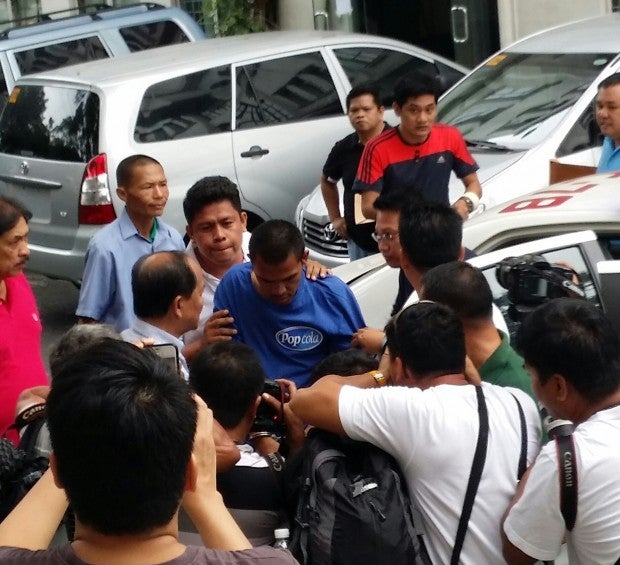 Michael Flores, self-confessed killer of mother of actress Cherry Pie Picache, Zenaida Sison, was was found guilty of robbery with homicide and was sentenced to reclusion perpetua (up to 40 years imprisonment). TETCH TORRES-TUPAS/INQUIRER.net FILE PHOTO

A Quezon City court on Thursday convicted Michael Flores, the suspect in the killing of Zenaida Sison, 75, mother of actress Cherry Pie Picache.

Flores was found guilty of robbery with homicide and was sentenced to reclusion perpetua (up to 40 years imprisonment.)

Flores, who was a houseboy in Sison’s home in Quezon City, has earlier confessed that he killed the 75-year-old woman last Sept. 19, 2014.

During his confession, Flores said that he took metamphetamine hydrochloride (“shabu”) before he went to Sison’s house at 3 a.m. last Sept. 19.

READ: Picache mom’s killer alters story: ‘I did it alone’

Forching his way into the house through a screwdriver, Flores then took the victim’s money and pieces of jewelry.

Sison saw Flores and shouted for help. He then used a piece of wood from the broken door and a knife to kill her. AJH/ with reports from Erwin Aguilon, Radyo Inquirer/RAM