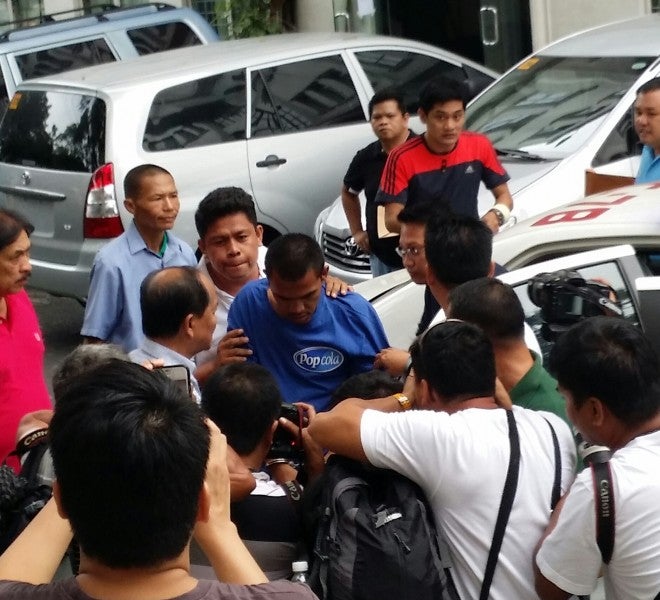 Michael Flores, self confessed killer of mother of actress Cherry Pie Picache was escorted at the DOJ for inquest proceeding. TETCH TORRES-TUPAS

Flores is also facing a separate case for robbery with homicide and qualified trespass to dwelling for the killing of another victim in Laguna.

He was subjected to inquest proceedings before State Prosecutor Ferdinand Fernandez. Following the inquest, the case will then be filed in court.

In his four-page confession, Flores said he was Sison’s househelp for six months. He said he took shabu or methamphetamine hydrochloride and went to Sison’s house at 3 a.m. last Sept. 9.

He said he forced his way into the house of Sison using a screwdriver. Once inside, he took the money and jewelry. However, Sison woke up and shouted for help.

Flores said he used a piece of wood from the broken door and knife from the kitchen to kill Sison.

After the crime, he said he went to another room and changed his shirt.