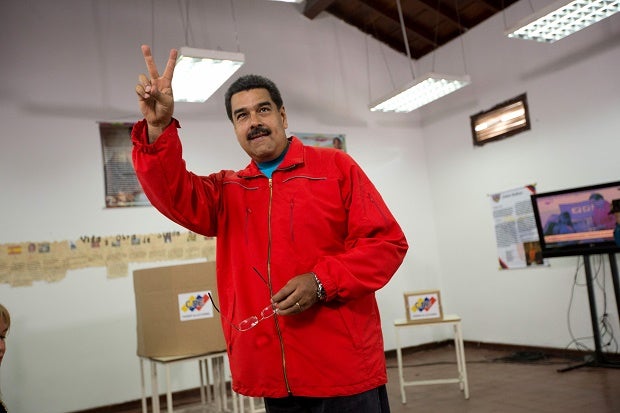 “As difficult as the horizon seems, we have no doubt: we will live on, and we will win,” Ortega said in a public letter sent to his Venezuelan counterpart Nicolas Maduro.

“The way of the nation, like the ways of the Lord, are mysterious paths that we have to learn to walk,” said the former Marxist. “They are demanding paths that require the highest level of readiness and commitment.”

READ: Venezuela’s Chavez lives on, but some voters move on

The result holds resonance for Nicaragua, which voices the same anti-US, anti-capitalist stance made prominent by Chavez and maintained by his handpicked, elected successor Maduro.

In less than a year, Nicaragua is to hold a presidential election. Ortega, a former Sandinista rebel leader turned elected head of state, is widely expected to try for a new term to extend a near-decade in power.

The result in Venezuela, said Nicaragua’s opposition coalition, the Independent Liberal Party, “is a lesson that can serve Nicaragua’s democrats.”