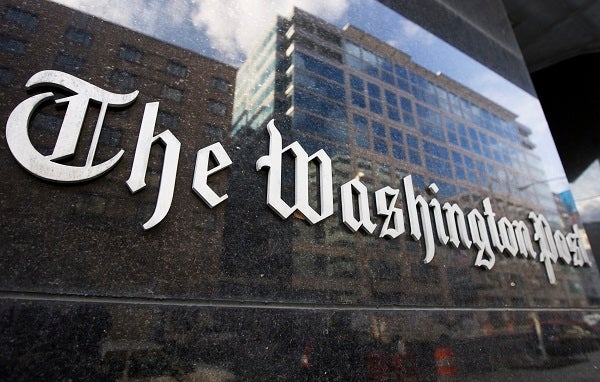 WASHINGTON, United States — It has been one of the most storied newsrooms in American journalism, but The Washington Post has decided it’s time for a change to meet the needs of the digital era.

The Post officially leaves its headquarters building in downtown Washington on December 14 as it migrates its 700-person newsroom staff three blocks away to offices designed as the newsroom of the future.

It will mark a fresh beginning for a newspaper with a grand tradition but which is undergoing major changes under Jeff Bezos, the Amazon founder who bought the daily in 2013.

“There are a lot of bittersweet feelings about leaving this place,” said Tracy Grant, the deputy managing editor coordinating the transition for the newsroom.

The Post building, a short distance from the White House on 15th Street NW, was inaugurated in 1972 and was the scene of groundbreaking reporting on the Watergate scandal by young reporters Bob Woodward and Carl Bernstein, leading to the resignation of President Richard Nixon in 1974.

The newspaper has won dozens of Pulitzer awards and other prizes over the past 43 years, making the daily one of the most respected in the country.

‘Bigger than the building’

“There’s a strong attachment to the history of the organization, and the building is part of that,” said Robert Mitchell, an editor at the Washington Post news service who has been with the paper nearly 20 years.

“But the organization is bigger than the building. I think most people are excited about the move.”

Some longtime staffers, however, expect a letdown as the newspaper leaves its longtime headquarters.

Senior editor Marc Fisher said that “it is a comedown to be going into a rented space in someone else’s building as opposed to having our own building, which is a landmark and an institution.”

Fisher, a  29-year Post veteran who recalls reporting on deadline under legendary editor Ben Bradlee, points out that in the current building “there’s a certain grandeur and power you get just by walking through the place, and it won’t be the case in a rented space in a lawyer’s building.”

The Post was founded in 1877 but its modern era began with the 1933 sale to businessman Eugene Meyer, who drafted a set of principles including “to tell the truth as nearly as the truth may be ascertained.”

The 1972 building was designed to fill 20th-century needs, with a typographic composing room and massive printing presses which have long since departed.

“It was well constructed as a factory and production facility but our needs have changed,” Grant said.

“It was not ideally suited for a newsroom in the 21st century. It also had a lot more square footage than was required.”

The Post, which had begun searching for a new location even before the sale to Bezos, has leased 242,000 square feet (22,500 square meters) in a building at 1301 K Street NW, a short walk away from the current headquarters.

The move comes at a time of continuing upheaval in the newspaper industry, which has been retrenching as readers move from print to digital, which is far less lucrative.

Other major newspapers, including the Detroit Free Press and the Miami Herald, have in recent years sold their downtown headquarters, and the famed Tribune Tower in Chicago is up for sale. The New York Times meanwhile raised cash with a sale and leaseback of its building, which had been completed only in 2007.

Daily print circulation at The Washington Post has dropped from a peak of around one million to less than 400,000. But Grant points out that online, the newspaper reaches some 67 million readers around the world, recently surpassing The Times in unique monthly visitors.

“There has never been a better time to reach more people,” Grant said. “What really matters is that we do journalism of the highest order. We need to tell stories that matter to people, tell stories that have an impact.”

She said that the new offices will be more adapted to digital storytelling, with video teams and online specialists “embedded” with journalists to be able to deliver news on multiple platforms.

“We want to be thinking across platforms as we are conceiving stories,” Grant said.

“In the old space that was very hard to reconfigure.”

As the 1,400 journalists and other employees change offices, the newspaper will also  bring a number of mementos to remind staffers of The Post’s tradition.

These include the 61 Pulitzers, the plaque with Eugene Meyer’s “seven principles,” and the original printing plate of the “Nixon Resigns” front page.

“The legacy of The Post is very important to us. We want to take things that provide cherished memories,” Grant said.

“We have a rich tradition and we are taking a lot of that with us.”