China’s Xi heads to Zimbabwe ahead of Africa summit 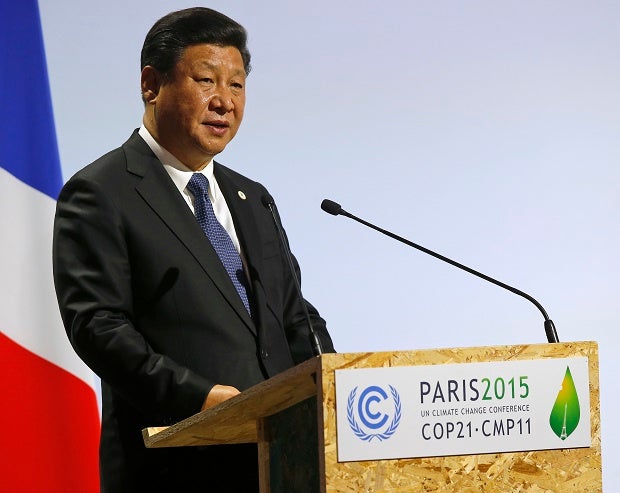 HARARE, Zimbabwe—China’s President Xi Jinping is due to start a five-day visit to Zimbabwe and South Africa on Tuesday, with African concern over the impact of the Chinese economic slowdown set to dominate the agenda.

Xi will be the most prominent global leader to visit Zimbabwe for many years as veteran President Robert Mugabe, 91, is widely shunned by Western powers.

Xi and a large Chinese delegation fly on to Johannesburg on Wednesday ahead of the sixth Forum on China-Africa Cooperation (FOCAC), which will gather leaders from across the continent.

Seeking raw material to fuel its booming economy, China has poured investment into Africa and became the continent’s largest trade partner in 2009.

But Chinese investment in Africa fell by more than 40 percent in the first half of 2015 due to its reduced demand for commodities such as oil, iron ore and copper.

Xi will start his trip in Harare, capital of Zimbabwe, where Chinese projects have been one of the few pillars holding up an economy in dire straits under Mugabe’s rule.

“Many Chinese businesspeople… will interact with their local counterparts leading to more Chinese investment or joint ventures and business benefits to Zimbabwe.”

China is the largest buyer of tobacco from Zimbabwe, and—as in many African countries—has invested in mining, manufacturing and infrastructure.

China built Zimbabwe’s National Sports Stadium in the 1980s, as well as rural hospitals and the country’s biggest shopping mall, and also provided loans for water schemes and power stations.

“China and Zimbabwe, in spite of the vast distance between them, have maintained a traditional friendship that is deep and firm,” Xi said in an article in the Herald.

But Zimbabwe’s economic troubles, which saw inflation soar to 500 billion percent during a decade-long recession that ended 2009, are unlikely to be solved by any new Chinese investments.

“It’s not going to change our economic fortunes in the short-term,” Antony Hawkins, an economist at the University of Zimbabwe’s School of Business, told AFP.

“Considering what has happened with past deals, we are sceptical of promises of big, megaprojects. We have had a lot of Chinese involvement before, but little improvement has happened.”

Mugabe, who has often been accused of repression and human rights abuses, was in October awarded the Confucius Peace Prize, a would-be Chinese rival to the Nobel Prize.

Before the two-day summit of African leaders begins in Johannesburg on Friday, Xi will hold talks with South African President Jacob Zuma.

Xi, Mugabe and Zuma attended the opening of the climate change summit in Paris on Monday.

Long, lonely walk on the red carpet for China’s leader