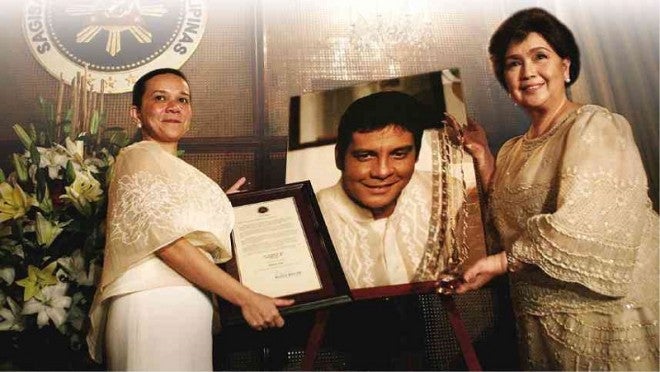 Some of Sen. Grace Poe’s close supporters are planning to field Poe’s adoptive mother, movie star Susan Roces, as an alternative presidential candidate in case the Commission on Elections (Comelec) fails to issue a decision on the disqualification cases against the senator before the Dec. 10 deadline for candidate substitution.

This was, however, turned down by Poe, said lawyer George Garcia, who is representing Poe in four disqualification cases in the Comelec.

“[Poe] opposed it because then she would lose her independent status because in a substitution, party membership is needed,” Garcia said in an interview.

He said another suggestion was to “field Roces and Poe at the same time as a fallback in the event that [Poe] would be disqualified, but this was also turned down by the senator.”

Garcia said Poe’s supporters came up with the suggestions because of the growing number of disqualification cases filed against Poe focusing on her alleged failure to meet the citizenship and residency qualifications for President.

Poe, who is leading in the presidential preference surveys, is a foundling of unknown parentage who was adopted by the movie star couple, Fernando Poe Jr. and Roces, who is Jesusa Sonora in real life, triggering the filing of disqualification cases against her candidacy for high office.

The Senate Electoral Tribunal (SET) last week disposed of the first of these cases, which sought to nullify her 2013 election as senator on the ground that she is not a natural-born Filipino.

Garcia on Friday said the SET decision throwing out the disqualification case effectively “extinguished” the election offense case filed against Poe by the same petitioner in the Comelec.

Rizalito David, the defeated senatorial candidate who brought the disqualification case before the SET, had also filed an election offense complaint against Poe, accusing her of “material misrepresentation” in the certificate of candidacy for senator that she filed for the 2013 senatorial election.

David said Poe had violated the Omnibus Election Code in filing the sworn statement as she was ineligible “for the office she sought” in 2013 because she is not a natural-born Filipino citizen.

This can be considered an election offense, which carries a penalty of one to six years imprisonment, disqualification to hold public office and deprivation of the right to suffrage, David said.

Garcia said the Poe camp plans to seek a dismissal of the complaint, which will be included in the manifestation they will file on Dec. 1, officially informing the Comelec of the favorable SET decision.

“We strongly believe that the SET win means there is no misrepresentation in the COC she filed when she ran for the Senate in 2013,” Garcia said in a statement.

The SET, voting 5 to 4, ruled that Poe is a natural-born citizen and thus qualified to sit as a member of the Senate, that being a foundling, she enjoyed the presumption that she was born of Filipino parents and that David failed to destroy such presumption by proving that her parents were foreigners.

Garcia said the Poe camp would also be filing on Dec. 3 their memorandums on the three other disqualification cases in the Comelec brought against Poe by former Sen. Francisco Tatad, political science professor Antonio Contreras and former University of the East law dean Amado Valdez.

Meanwhile, Garcia said they are waiting now for the results of three sets of DNA testing on members of three different families from Iloilo City who have volunteered to be tested to resolve the parentage of Poe.

Poe recently underwent DNA testing with two women who are descendants of the people who found her at the Jaro Cathedral in 1968, but their DNAs did not match hers.

Garcia said that after the first set of DNA testing yielded negative results, the Poe camp has continued to look for possible relatives, believing it would quickly resolve the disqualification cases.

“We really hope we could now have a positive match, because even the petitioners agree that would erase all disqualification cases against Senator Grace,” Garcia said.

He said that before DNA testing is done, a team conducts a study of the probability that the subjects are Poe’s relatives.

The lawyer said none of those tested were descended from the late dictator President Ferdinand Marcos who, persistent rumors have it, allegedly fathered Poe with the actress Rosemarie Sonora, the sister of Roces.

Grace Poe: Every foundling has right to dream