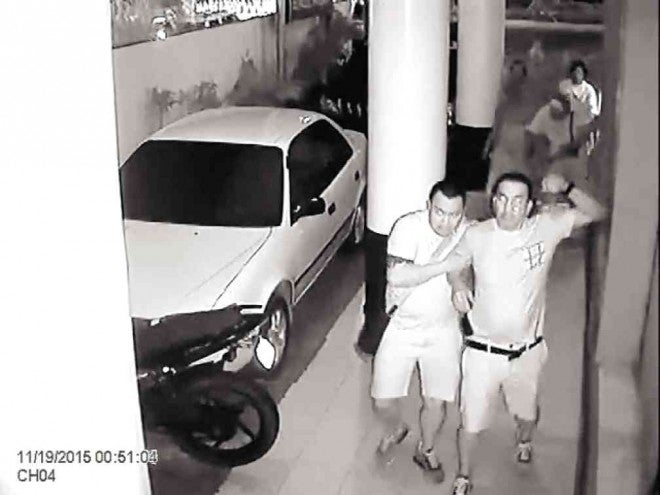 Disomangcop said the three were identified based on records of the Iloilo City Police Office and testimonies of witnesses.

Reached by the Inquirer   on Thursday afternoon, Odicta’s lawyer, Edeljulio Romero, said he would issue a statement later.

The Philippine Drug Enforcement Agency (PDEA) earlier identified Odicta, his son and namesake Melvin Jr. and village councilor Jesus “Jing-Jing” Espinosa Jr. as among at least 20 men who tried to forcibly enter the offices of the dyOK Aksyon Radyo Iloilo on Nov. 19.

Paul Ledesma, PDEA Western Visayas director, said Melvin Odicta, who is on the agency’s watch list, was one of the men seen in closed-circuit television (CCTV) footage who tried to open a locked gate leading to the offices of the radio station on the third floor of Carlos Uy Building on Sen. Benigno Aquino Jr. Avenue in Mandurriao District.

Odicta operates various businesses including a fleet of taxi units and other transport services.

But Ledesma said Odicta heads one of two main drug groups operating in Iloilo City. The other is led by a Richard Prevendido.

He said they have not arrested Odicta because they have no evidence directly linking him to the illegal drug operations.

The men failed to enter the locked gate leading to the radio station and are believed to have removed and brought with them a CCTV camera.

Different groups and individuals have been holding a nightly vigil in front of the radio station since Monday to condemn the attack.

The vigils, organized by militant groups led by Bagong Alyansang Makabayan and press freedom advocates, have drawn support from motorists, pedestrians and supporters of the radio station who have stopped by to donate food, money, light candles and sign a statement condemning the attempted armed intrusion.

The vigils would continue until Nov. 30.

“More and more people from all walks of life have come to show their support,” said Councilor Joshua Alim, a former broadcaster.

John Paul Tia, the radio station’s manager, said they were grateful for the show of support and solidarity.

Alim said the attempted break-in was an “affront to press freedom” which could happen to other news organizations.

Media groups have demanded swift action from police and local government officials. The radio station’s management and the PDEA expressed belief that the incident could have been triggered by the radio station’s commentaries against illegal drug operations.

“It will be foolish of us to think (Odicta) was there for reasons other than (the radio station’s commentaries), knowing his background,” Ledesma said.