Japan pledges $10.6B for climate policies in developing nations 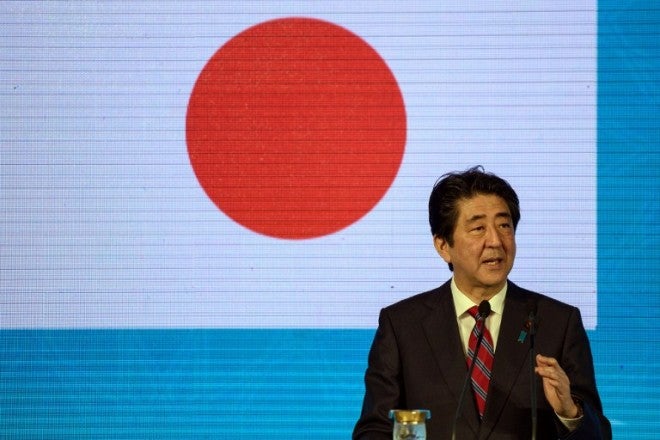 TOKYO, Japan—Japanese Prime Minister Shinzo Abe on Thursday promised to give $10.6 billion to developing nations by 2020 to help them implement policies against global warming, ahead of the UN climate talks in Paris next week.

The government said in a statement that the money covers a one-year period but did not specify which year, only that it would be offered by 2020.

“We attach great importance to the notion that all nations will participate in agreeing to a new international framework,” Abe said in a meeting on global warming with members of his cabinet.

He added that Japan wanted to to encourage active participation in climate change by developing nations.

The pledged money will be funded both by the private and public sectors, said chief Cabinet Secretary Yoshihide Suga.

He said Abe would announce details of the pledge at the UN climate conference to be held in Paris, which is set to be the biggest gathering of world leaders on climate in history.

“COP 21 will be an extremely important meeting as we aim to agree on an international framework against global warming that will replace the Kyoto Protocol,” Suga said.

“Prime Minister Abe will announce (Japan’s climate programs) to the world at the COP21 summit,” Suga said of the gathering.

Japan has aggressively promoted use of its energy efficient technologies and infrastructure, such as train systems and power generation stations, to developing nations.