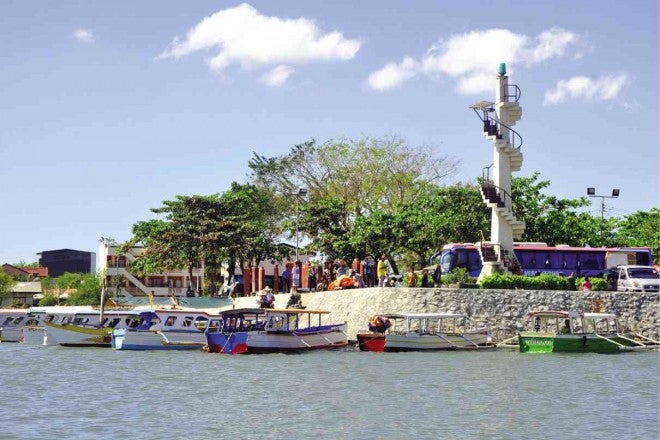 TOURISTS line up at the Lucap Wharf in Alaminos City to go around and enjoy the Hundred Islands National Park. WILLIE LOMIBAO/INQUIRER NORTHERN LUZON

Solomon Tablang, officer in charge of the Alaminos tourism office, said from Nov. 16 to 21, some 7,777 foreign and domestic tourists arrived in the park. This was more than four times higher than the 1,776 tourists that visited the HINP during the same period last year.

Tablang said most of these visitors came from Metro Manila.

The HINP, which consists of 123 islands, is 242 kilometers from Metro Manila and can be reached after a five-hour drive. From Barangay Lucap in Alaminos, the HINP is a 30-minute boat ride away.

Tablang said with the development of six more islands—Lopez, Marcos, Clave, Romulo, Mayor’s and Virgin islands—overcrowding has not been a problem.

In the past, tourists can be accommodated only on Quezon, Governor’s and Children’s islands, which were the only islands that had picnic sheds, rest rooms and facilities for an overnight stay.

Tablang said tourists hopped from one island to another and did water activities, such as snorkeling and helmet diving. The park also offers zip lines and trekking activities. Gabriel Cardinoza, Inquirer Northern Luzon