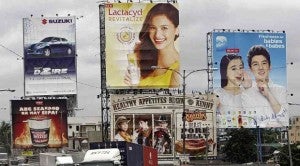 MANILA, Philippines — The Court of Appeals has upheld the right of the Metropolitan Manila Development Authority to regulate the setting up of billboards within the National Capital Region, a power delegated to the agency by the Department of Public Works and Highways in 2004.

The advertising firms obtained in 2013 and 2014 favorable rulings from the RTC that stopped the MMDA from using its power to regulate the issuance of clearances to applicants of billboard permits under the circular issued following a memorandum of agreement with the DPWH that deputized MMDA to implement provisions of the National Building Code.

In ruling that the RTC erred in issuing a writ of preliminary injunction against the MMDA and junking its motion to dismiss, the appeals court said the private companies’ should not have filed a petition for declaratory relief as they have already violated the MMDA circulars on billboard.

The appeals court explained that the advertising firms erred in filing a petition for declaratory relief due to their failure to satisfy one of the six elements for such action, particularly the requirement that “there must have been no breach of the documents in question.”

“While the private respondents argue that their petition for declaratory relief is not about the alleged ‘violation’—its purpose being to question the validity or constitutionality of the assailed [MMDA circulars]—the issue of violation or breach of said [circulars] is important in determining whether the private respondents availed of the proper remedy,” stated the decision written by Justice Remedios Salazar-Fernando.

Concurring with the ruling were the other division members, Justices Priscilla Baltazar-Padilla and Socorro Inting.

The appeals justices cited Section 1, Rule 63 of the 1997 Revised Rules of Civil Procedure, which provides that a party “interested under a will, contract or other written instrument, or whose rights are affected by a statue, executive order or regulation may, before breach or violation thereof,” file a petition for declaratory relief in the RTC “to determine any question or construction or validity arising, and for a declaration of his rights or duties thereunder.”

The advertising firms, the justices said, had already violated the MMDA circulars prior to the filing of the suit as the MMDA, after conducting an inspection had already written each firm to reject the issuance of clearances for the billboards that they set up.

The justices added the RTC judge also committed grave abuse of discretion in issuing the writ of preliminary injunction that stopped the enforcement of the MMDA circulars during the pendency of the suit.

“Anent the writ of preliminary injunction, [the RTC] gravely abused its discretion when it issued the same despite private respondents’ failure to prove that they have a clear and unmistakable right to the relief sought and that they would suffered great and irreparable injury,” they ruled.

“For, if there was already a violation of the questioned [circulars], declaratory relief would no longer be the appropriate remedy,” they added.

The justices noted that the firms’ non-compliance with the requirements of the building code can “hardly be disputed” so the RTC judge “not merely overlooked, but clearly ignored or disregarded” the advertising firms’ admission that they violated MMDA’s billboard rules.  SFM