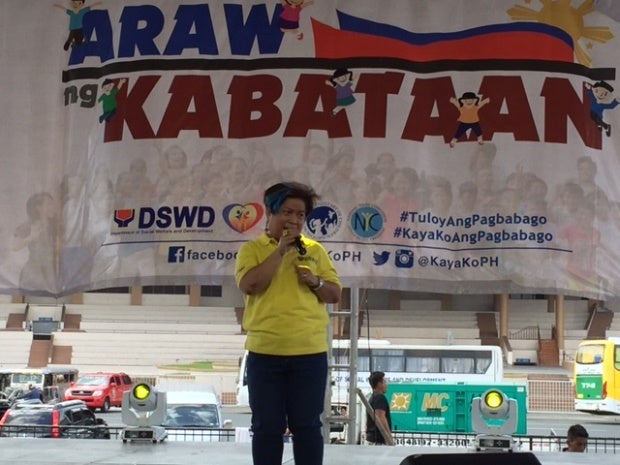 As the holiday season draws near, Department of Social Welfare and Development Secretary Corazon “Dinky” Soliman has urged the public not to entertain street children asking for solicitations or alms in public and private vehicles.

(We appeal to you [not to condone mendicancy], we are aware that it is difficult to say no to children who knock on your car window and sing carols for alms, or those who board jeepneys and buses.)

(Do not give [alms to these children] because as long as there are people who give [them alms], more children will roam the streets.)

Soliman said the department is closely coordinating with barangay (village) and local government officials in coming up with various programs that would make street children feel the Christmas spirit without having to beg for money on the roads.

Soliman said DSWD would release a fund of P100,000 to barangays deemed as “critical areas” before the end of November, which would be used in organizing activities for street children during the Christmas season.

(In the barangays, we give incentives, P100,000 for every barangay in critical areas for activities for the children, nine days, just like a novena. Among these activities are parol making, belen making, caroling, and at the end of the nine days, there will be a party in the barangay so that the children would really feel the Christmas spirit. They will also receive gifts.) CDG