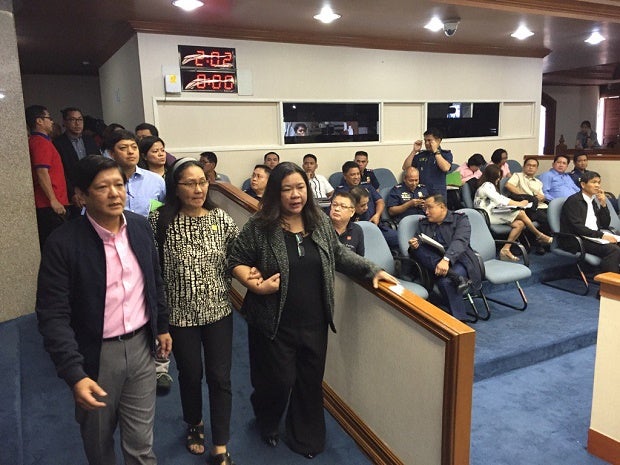 THE FILIPINO nanny’s 13-year-old ward’s tears made her Hong Kong employer change her mind and give her another chance.

Gloria Ortinez, the overseas Filipino worker who recently fell victim to “tanim-bala” (bullet-planting) racket at the Manila airport, was given another contract by her employer in Hong Kong, according to migrant workers advocate Susan “Toots” Ople.

Ople said Ortinez’ previous contract was terminated by her employer after she failed to return to Hong Kong on time in the aftermath of the tanim-bala incident.

“They agreed on a settlement that includes a prospect of a new contract once Nanay Glo is prepared to come back,” she told Inquirer over the phone.

According to Ople, Ortinez and her Hong Kong employer, a single mother, initially had a bitter parting of ways on Sunday night after the latter refused to allow the former to enter the apartment to get her personal things.

Without her mother’s knowledge, the employer’s 13-year old son went down of the building to bid Ortinez goodbye.

“The mother witnessed how emotionally affected her son was by her decision to let go of Nanay Gloria,” Ople said.

“You study well. I love you,” she quoted Ortinez as telling her crying ward.

“If you love me then why are you leaving me,” Ople quoted the boy as saying to Ortinez.

The following day, Ople said Ortinez received a call from her employer.

“She was saying sorry to Nanay Gloria. She said her son cried the whole night and refused to eat breakfast before going to school. The employer then invited Nanay Gloria to meet her at a small restaurant across her apartment,” narrated Ople.

The meeting became an opportunity for Ortinez to explain to her employer the tanim-bala incident and the latter expressed her sympathy over what happened.

“They agreed on a financial settlement and the employer promised not to replace her. They will wait for Nanay Gloria to come back once all her papers are ready,” Ople added.

Ortinez, 56, was arrested at Ninoy Aquino International Airport on Oct. 25 after two policemen claimed to have found a live bullet inside her handcarry bag.

The case was dropped against Ortinez after three days due to “lack of probable cause.” and the two policemen were suspended from duty.

Ople said they have already asked the Commission on Human Rights to look into the possible human rights violations against Ortinez due to the tanim-bala incident.