US charges nephews of Venezuela first lady over drugs 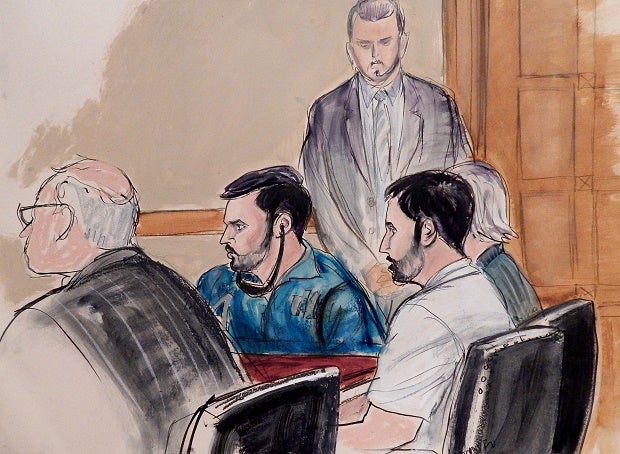 NEW YORK, United States—Two nephews of Venezuela’s first lady made a fleeting appearance in a US court charged with conspiring to smuggle cocaine into the United States and were remanded into custody Thursday.

Their detention is likely to harm already fraught US-Venezuelan ties at a time when the South American oil giant is mired in economic crisis and faces legislative elections in less than a month.

US prosecutors said the pair were arrested in Haiti on Tuesday and flown the same day by US agents to New York. The two defendants sat in silence, listening to proceedings through a translation headset.

They were both bearded with thick, cropped dark hair and wore casual-style button-down shirts.

They were charged with conspiracy to smuggle at least five kilos (11 pounds) of a controlled substance into the United States that the indictment said contained “a detectable amount of cocaine.”

The alleged conspiracy to manufacture and distribute the substance began last month, US prosecutors said.

The duo also allegedly took part in meetings in Venezuela regarding a shipment of cocaine that was to be sent to the United States via Honduras, the indictment said.

Campo Flores, 29, was represented by private defense lawyers—Rebekah Poston, who is based in Miami, and New York-based John Reilly. Flores de Freitas was attended to by a public defender.

A Venezuelan political source said on condition of anonymity that both men are nephews of First Lady Cilia Flores, the influential wife of President Nicolas Maduro.

The first lady is a former speaker of Venezuela’s National Assembly and a defense lawyer for the country’s late leader, Hugo Chavez.

The two men allegedly contacted a US Drug Enforcement Administration informant in Honduras in October and asked for help in trafficking 800 kilos of cocaine, the Wall Street Journal reported.

In Venezuela, they later brought a kilo of the cocaine—allegedly to be sold in New York—to a confidential informant to show off its quality, the paper said.

The meetings were filmed and taped by US agents, the Journal quoted a source familiar with the case as saying.

The Journal first reported in May that US prosecutors were investigating several senior Venezuelan officials for alleged involvement in large-scale cocaine trafficking.

Venezuelan authorities have previously dismissed allegations of involvement in the drug trade as smears designed to undermine the leftist government in Caracas.

In Geneva on Thursday, Maduro lashed out at those making “reckless accusations” against his country in an address at the UN Human Rights Council, a speech the US called “an affront” to the body.

But he did not specifically refer to the drugs charges against his wife’s relatives.

Those under investigation reportedly include Diosdado Cabello, current speaker of the National Assembly, who is widely seen as the second most powerful man in the country.

The United States and Venezuela have not kept ambassadors in their respective capitals since 2010 and relations nosedived in March when Washington imposed sanctions against Venezuelan government officials.

The Journal said US authorities had launched a series of investigations into whether Venezuela’s leaders used PDVSA to loot billions of dollars through kickbacks and other schemes.

The paper said the probes were also attempting to determine whether PDVSA and its foreign accounts were used for other illegal purposes such as laundering drug money.