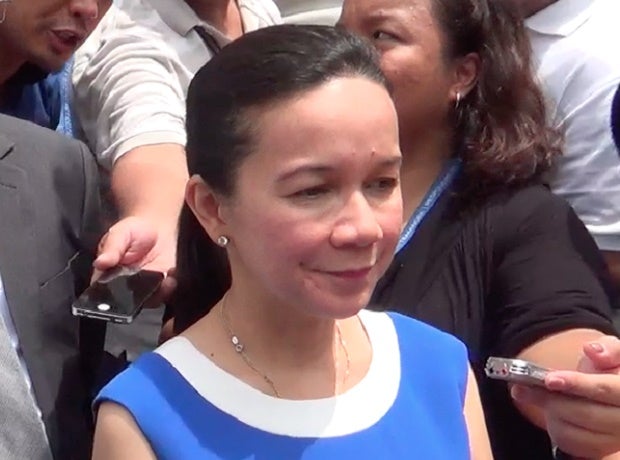 Sen. Grace Poe’s search for her parents remains unsuccessful, with DNA tests she has taken with two potential relatives failing to match, she disclosed in a radio interview Wednesday.

But while sad that she could not yet put closure on the question of her parentage, Poe said the failure of the tests did not spell her defeat in the disqualification case brought against her for supposedly not being a natural-born Filipino and so ineligible to hold public office.

Poe is running for President in next year year’s general elections.

“I do not lose hope because our legal basis is not just dependent on DNA. It is dependent on the rights of children born in the country,” Poe said.

George Garcia, a lawyer for Poe, said the negative DNA findings had “no effect at all” on the senator’s case.

Poe could win her case on legal arguments, Garcia said.

“The DNA test is more for  personal consumption rather than for a legal purpose. Her citizenship can still be established by using the 1935 Constitution as basis,” Garcia said in a text message.

A case for Poe’s ouster from the Senate on grounds of questionable citizenship is pending in the Senate Electoral Tribunal (SET).

Poe was abandoned in a church in Jaro, Iloilo province, after birth on Sept. 3, 1968. She was adopted by movie actor Fernando Poe Jr. (FPJ) and his wife, movie actress Susan Roces.

Had the DNA tests produced positive results, questions about Poe’s citizenship would have been erased. With the determination that her father was a Filipino, she would have been automatically considered a natural-born Filipino citizen.

Poe said she was saddened at the negative results of the DNA tests.

“It’s saddening because I had long been hoping to know the truth about the identity of my family,” she said.

She declined to name the people with whom she took the tests, saying they were entitled to privacy.

Valenzuela Mayor Rex Gatchalian, a spokesperson for Poe, said more DNA samples were still being processed, but Poe’s camp would submit her SET case for resolution, believing in the strength of her legal arguments.

“The laws are on all fours on this account, hence we are submitting the case for resolution,” Gatchalian said.

Asked about the opinion of Supreme Court Associate Justice Antonio Carpio that she was a naturalized and not natural-born Filipino, Poe said the magistrate’s statements saddened her and made her think.

She noted that Carpio, who heads the SET, also took a position against her late father, FPJ,  in the challenge to his citizenship when he ran for President in 2004.

But she maintained that a naturalized Filipino is one who acquired Philippine citizenship through a law or a court order.

She said she did neither because from the very start, she was put up for adoption by the state.

“The state could not have put up a child for adoption if it does not recognize the child as a citizen,” she said.

She said it would be hard to argue with a Supreme Court justice. But she pointed out that Carpio was just one member of the SET and that he was the head of the tribunal did not necessarily mean his opinion would prevail.

Poe said she should not be the sole concern in the disqualification case in the SET. If people don’t like her and don’t think she should be President, all they need to do is not vote for her, she said.

But if she is disqualified because she is a foundling, she said, thousands of abandoned children will also lose their Philippine citizenship.

Poe said she would continue to look for her parents even if the disqualification cases against her had all been dismissed.

Aside from the petition in the SET, Poe is also facing three petitions for disqualification from the presidential race in the Commission on Elections, all questioning her citizenship.

She said she would step down if she won the election but later found to be a foreigner.

“It’s OK with me to step down, but I hope I would have accomplished much by then so that there would be no regrets,” she said.