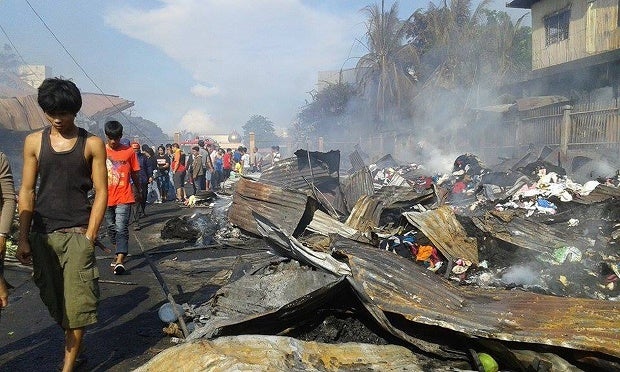 Residents inspect the old market area in Zamboanga City in the aftermath of a three-alarm fire that killed 15 people on Saturday, Oct. 31, 2015. CONTRIBUTED PHOTO

ZAMBOANGA CITY—A massive fire that reached the three-alarm category broke out in the Old Public Market at Magay St. here and killed 15 people—six of them children—early morning Saturday, police and fire officials said.

Supt. Dominador Zabala Jr., the city fire marshal, said the first fire call was made at 3:18 a.m. and it was traced to the old market, particularly from the stall owned by a certain “Mannan.”

A three-alarm fire is described as a very dangerous situation for the area where it occurred in which firefighters always needed all the help they can get from neighboring areas.

The three-alarm fire level is part of a worldwide system, which determines how serious a blaze is. The highest level is at 10.

Zabala said firefighters from various areas tried to contain the fire but it raged until after the sun showed up.

In the aftermath of the fire, 15 people died and at least 350 stalls and one privately owned 3-storey building were gutted down, Zabala said.

The victims who shared surnames were all related.

Tutuh said eight others were admitted at the Brent Hospital here for varying degree of injuries.

“All the victims were vendors of used clothing and vegetables,” Tutuh said.

Explaining the high number of casualties, he said that vendors in the market, along with their families, usually spend the night in their stalls.

Zabala said the investigation was continuing as to how the fire, which also damaged some P8 million in properties, started. RAM 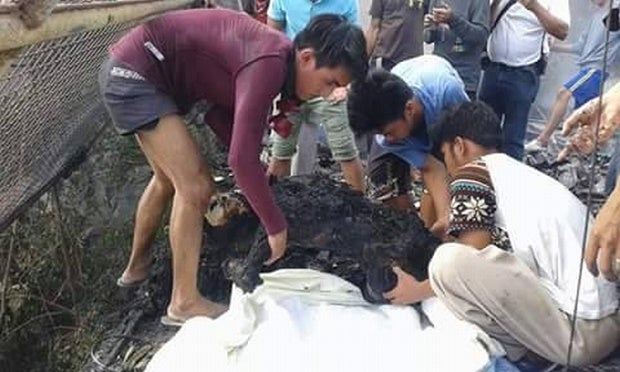 Volunteers retrieve a charred body from the debris of Saturday’s fire at the old market in Zamboanga City, Saturday, Oct. 31, 2015. CONTRIBUTED PHOTO 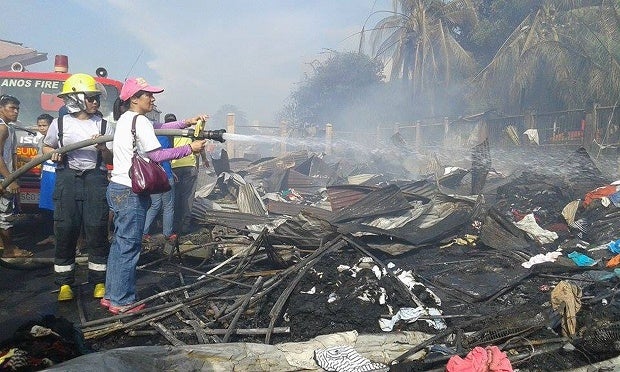 Volunteers continue to douse the flames past 7 a.m. Saturday, Oct. 31. 2015, after the massive fire that hit the old market in Zamboanga City. CONTRIBUTED PHOTO