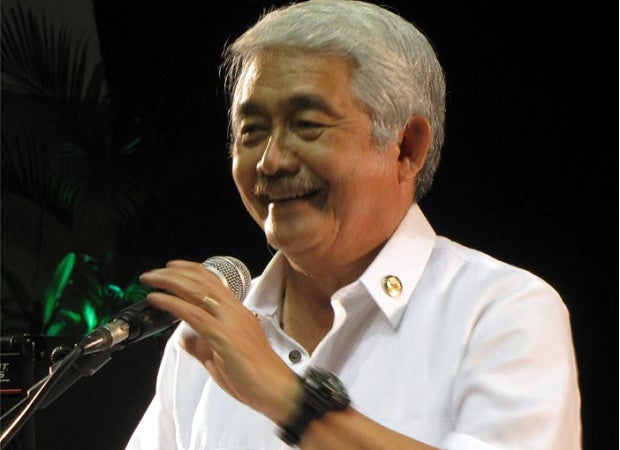 The Department of Interior and Local Government will have to check first with the Office of the Ombudsman if Capiz Governor Victor Tanco Sr.–a staunch ally of President Aquino and Liberal Party standard-bearer Manuel “Mar” Roxas II—could invoke the Aguinaldo doctrine before his dismissal from office could be fully implemented.

Contrary to the case of Makati Mayor Jejomar Erwin “Junjun” Binay, who also invoked the Aguinaldo doctrine to stop his suspension, the DILG had to delay the serving of dismissal order to Tanco as it awaits the Ombudsman’s directive.

“Considering that the acts which are the subject of the administrative case against Governor Tanco were committed in 2012 and that he was subsequently re-elected in 2013, the DILG on October 22 requested a clarification from the Office of the Ombudsman regarding the applicability of the Aguinaldo Doctrine. We are yet to receive a response from their office,” it said in a statement.

The Aguinaldo doctrine states that any reelected local official may not be held administratively accountable for misconduct committed during his prior term of office.

Tanco and his son Vladimir Tanco have been perpetually barred by the Ombudsman from the government service for allegedly extorting P3 million from a businessman in 2011.

The DILG said this was pursuant to the January 9 agreement of both agencies–that the DILG should seek clarification first from the latter office before taking further actions regarding decisions, orders, or resolutions similar to Tanco’s case.

The DILG was quick to act on the implementation of the suspension of the younger Binay, whose camp decried the DILG’s “overkill” serving of the order.

Before the Tancos, the Ombudsman also disqualified Junjun, son of Vice President Jejomar Binay, from holding public office because of the allegedly overpriced construction of the P2.28-billion Makati City Hall Building II.

But the DILG said it has “consistently complied with the agreement of seeking first a clarification from the Office of the Ombudsman especially if it involves possible application of the Aguinaldo Doctrine.

Of the five officials, Only Dominguez was not a member of the ruling LP.

Meanwhile, Tanco’s son, a security officer, had been dismissed as the DILG found that the Aguinaldo doctrine does not apply to his case. IDL