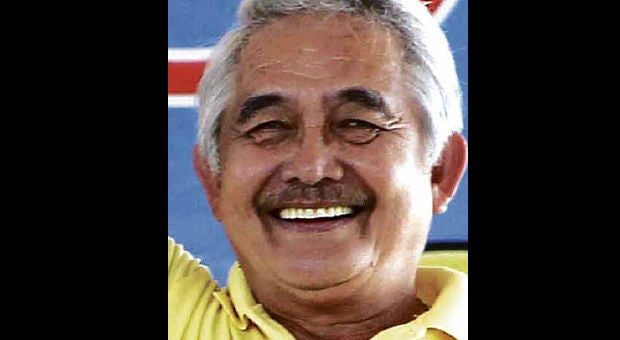 ONE OF President Aquino’s key political allies in the Visayas has suffered the fate of Makati Mayor Junjun Binay.

Capiz Gov. Victor Tanco Sr., a close friend of Capiz native and ruling Liberal Party standard-bearer Mar Roxas, has been perpetually barred by the Office of the Ombudsman from occupying any public office for allegedly demanding P3 million from a businessman in 2011.

The antigraft body meted out the same penalty on the governor’s son, Vladimir Tanco, who was assigned to his father’s office as a security officer, after they were found guilty of grave misconduct.

Two weeks ago, the Ombudsman perpetually disqualified Binay, son of Vice President Jejomar Binay, from joining the government service because of alleged irregularities in the construction of the P2.28-billion Makati City Hall Building II.

In addition to the dismissal order, Ombudsman Conchita Carpio Morales forfeited the retirement benefits and canceled the civil service eligibilities of the Tancos.

Morales also approved the filing of charges of the violation of Republic Act No. 3019, also known as the Anti-Graft and Corrupt Practices Act, against the father and son for purportedly extorting money from Leodegario Labao Jr.

Labao’s company, Kirskat Venture, had won a P32.9-million contract for the construction of Mambusao District Hospital.

“The claims of the complainant were duly supported by the evidence on record … which demonstrates respondents’ corrupt intent,” Morales said in a statement.

“The element of corruption is evident as respondents unlawfully and wrongfully used their position to procure some benefits for themselves, contrary to the rights of the complainant,” she added.

Morales said grave misconduct “is characterized by the existence of the elements of corruption, clear intent to violate the law or flagrant disregard of an established rule.”

Section 3(b) of the antigraft law bars government officials from receiving “any gift, money, or present, share, percentage or benefit in connection with a contact or transaction with the government…”

Under Section 3(e) of the law, public employees are not allowed to cause “any undue injury to any party, or give any private party any unwarranted benefits, advantage or preference in the discharge of his official administrative or judicial functions through manifest partiality, evident bad faith or gross inexcusable negligence.”

Among the evidence submitted against the Tancos were a signed check voucher, a check issued by Labao and the sworn affidavits of prosecution witnesses.

Threat of a blacklist

In his complaint, Labao said the governor’s son went to his office on Sept. 19, 2011, to inform him that his father wanted P3 million “in exchange for the release of subsequent payments for the project.”

“The demand was made with the threat that Kirskat would also be blacklisted as a contractor should (Labao) fail to heed the governor’s request,” the Ombudsman said.

He said the check was “personally delivered” to Tanco’s house and was eventually credited to a bank account owned by Vladimir Tanco.

A month later, the provincial government released a P2.2 million check to Kirskat as part of the agreed 15-percent mobilization fund for the infrastructure project.

The antigraft body denied Vladimir’s claim that Labao issued a check for a loan, saying the governor’s son did not submit documentary evidence to prove his defense.