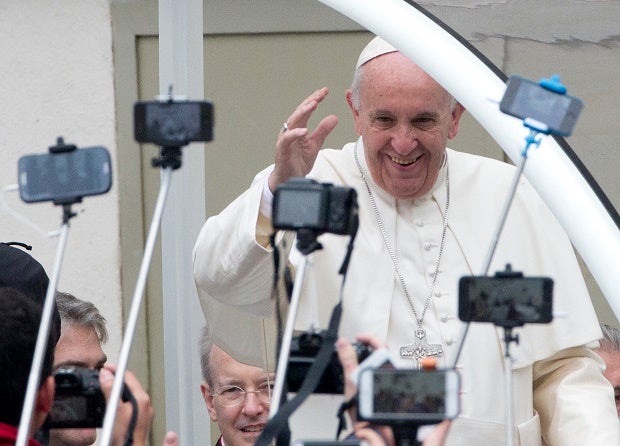 The Legion of Christ has for years been beset by accusations of sexual abuse.

The order’s founder, Mexican-born Marcial Maciel, stepped down in 2005 amid allegations of pedophilia and fathering several children. He died in 2008.

In August the Chilean government decided to deport Irish priest John O’Reilly, the local Legion head who was convicted of sexually abusing a young girl.

“After the huge scandal provoked by its hellish past,” the Legion of Christ group “has begun a period of purification and renewal,” Vatican Radio said.

The “jubilee” indulgence is offered to all the group’s members for a period beginning next month, during the 75th anniversary year of the Legion’s founding and will conclude next June.

Jose Barba, one of the sex abuse victims, criticized the pope’s decision, saying it was being used by the Legion to “return to the spotlight” ahead of Francis’s visit to Mexico next year.

However, the “indulgence” comes with conditions attached.

“The plenary indulgence will be granted if they dedicate a sufficient amount of time to the corporal or spiritual works of mercy,” Vatican radio said.

It will also be granted “if the members dedicate time to learning or teaching Christian doctrine, or if they participate in evangelisation missions,” it added.

The announcement comes as Pope Francis prepares for his first visit to Mexico, the bastion of the Legion of Christ.

Italian Cardinal Mauro Piacenza, head of the Apostolic Penitentiary, the Vatican tribunal that deals with the forgiveness of sins, issued the decree following a request from the Legion of Christ’s new general director Eduardo Robles Gil.

Is the Pope ill? Not true, says Vatican