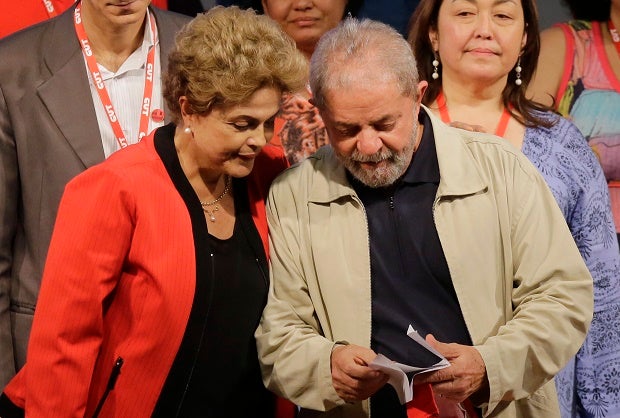 Lula, president between 2003 and 2010, before being succeeded by his protege Dilma Rousseff, is fighting to protect his reputation and the legacy of his leftist Workers’ Party.

Speaking in Brasilia to a party congress, Lula, 70, made light of his family’s legal troubles, saying he had three other children and seven grandchildren who were not yet under investigation.

“I’ve also got a daughter in law who is pregnant. There’s a foetus there—what will he be charged with?”

“They can be sure, I will survive. I’m not sure if they will survive with the same amount of credibility that they believe they have,” he said, apparently addressing opponents.

On Monday, police searched the offices of a business belonging to one of Lula’s sons, Luis Claudio Lula da Silva, as part of a probe into alleged bribery of tax officials by a group of companies.

A vast corruption investigation centered on oil giant Petrobras has already rocked Brazil’s political and business elite. The Workers’ Party has been badly tarnished by the scandal.

Separately, Lula is being investigated for alleged influence peddling.