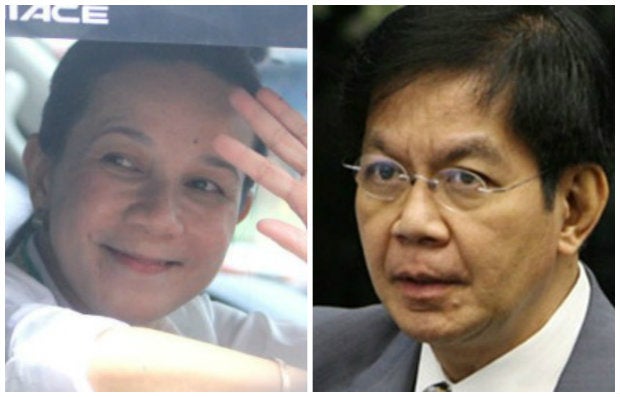 Sen. Grace Poe on Thursday said it was not her intent to drop former Sen. Panfilo “Ping” Lacson from her Senate slate, and apologized for such an impression.

But Poe said there were other candidates without their own parties who also needed help. Lacson is already strong even without a party, she noted.

She said that when she first began talks with Lacson, it was only the Liberal Party that had drafted him in its slate. Later, she learned that the United Nationalist Alliance had done the same.

“Senator Lacson is strong and deserving. We believe in his advocacies and it would be an honor to include him in the slate. But there are those without parties whom the people should also get to know,” she told reporters in an ambush interview.

Lacson’s victory is a certainty, she said. She also said she continues to believe in Lacson even if he is not part of her slate.

Poe said she hoped the issue would not be blown out of proportion.

Lacson was considered for her slate, it was just that he was unable to explain the mechanics of his participation in the campaign, she said. Lacson may not have wanted to anger other groups if he would have to join Poe’s campaign, she added.

“I understand that,” she said.

Poe said she would have also wanted to include Leyte Rep. Ferdinand Martin Romualdez in her slate.

When they got the chance to talk, she found him to be intelligent. He also had a lot of advocacies for the people of Eastern Visayas.

“I wanted to say, why did you come only now?” she said.

“I am really for unification,” she added.

“I hope people also support someone from Eastern Visayas,” she said.