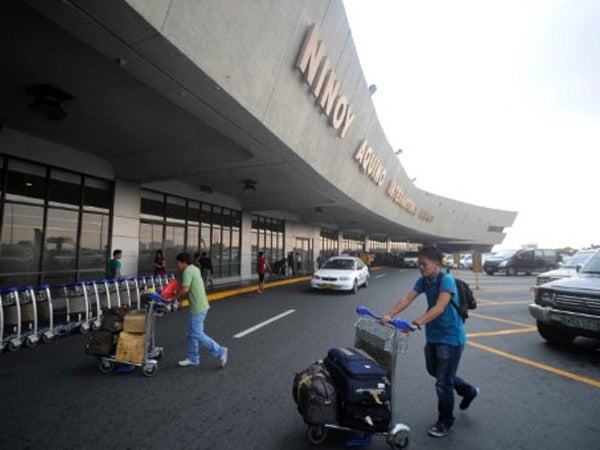 Lawyers of the American missionary who claimed he was a victim of a “laglag-bala modus” (bullet planting scheme) at the Ninoy Aquino International Airport but was charged for violation of the Comprehensive Firearms and Ammunition Regulation Act in court, have asked for a reinvestigation of their client’s case.

In a 15-page motion filed on Oct. 14 at the Pasay Regional Trial Court Branch 119, Ernesto Arellano and Jasper Balboa said the case of Lane Michael White should be reinvestigated as the “hasty proceedings before the Senior Assistant City Prosecutor clearly defeated the constitutional rights of the accused…”

The motion did not say who should reinvestigate the case if the motion was granted, but a source at Branch 119 said the usual procedure, if the court acted favorably on the motion, would be to send back the case to the Prosecutors Office.

Until a new resolution is issued by the Prosecutors Office on that case, the information in court would be “pending,” according to the source.

Based on court documents, the senior assistant prosecutor assigned to Lane’s case was Manuel Loteyro.

Arellano and Balboa said airport baggage inspectors Maria Elma Cena and Marvin Garcia found a .22 cal. bullet in White’s baggage after it went through the X-ray scanner in the departure area of Terminal 4 on Sept. 17. But “surprisingly…the Honorable Assistant City Prosecutor, at speed, filed the information the following day…”

It was not clear if Arellano and Balboa were referring to Loteyro.

“It is worthy to stress that the filing of the information against (White) was hastily done to preclude him from exhausting the remedy available to him under the law…The accused was not even asked if he is willing to undergo a preliminary investigation upon signing of a waiver of the provision of Article 125 of the Revised Penal Code,” White’s lawyers said, noting that it was at this stage where their client could present evidence that “would exonerate him of the charge against him.”

Arellano and Balboa said the information against White was filed by the Senior Assistant City Prosecutor “without the benefit of the accused effectively answering the charge against him,” even as the Supreme Court, in previous cases, ruled that “only by strict adherence to the established procedure may the public’s perception of the impartiality of the prosecutor be enhanced.”

They added that the inquest proceedings were conducted without White “being assisted by a counsel of his own choice” as stipulated by the rules.

Both Arellano and Balboa emphasized that White—an American citizen who reportedly was in the country for the first time when his baggage was found with a bullet—was “oblivious of (Philippine) justice system and procedures.”

They said proof of this was the fact that White personally went to the National Bureau of Investigation after posting bail following his arrest and six-day detention, and filed a counter-complaint for planting of evidence against Cena and Garcia.

They said he did this “instead of asking for a preliminary investigation.”

“If only the Honorable Senior Assistant City Prosecutor had done what is commendable under the circumstances, then (White) would not be left groping in the dark as regards his rights to be assisted by a counsel of his own choice and avail of a preliminary investigation,” they said.

“Wherefore, premises considered, it is most respectfully prayed of this Honorable Court that the foregoing motion be favorably granted and a reinvestigation be ordered so that the accused-movant may be assisted by a counsel of his own choice and be given the opportunity to present countervailing evidence that would free him from the anxiety of a public trial,” they added.

In his Oct. 21 order, Judge Pedro de Leon Gutierrez gave Cena and Garcia —  who are acting as the private complainants in the case — ten days upon receipt of the order within which to file their comment or opposition to the motion for reinvestigation.

“Upon receipt of said comment, the incident shall be deemed submitted for resolution of the court,” he said.

He also set the arraignment of White on Nov. 25.

White, who hails from Florida, was arrested while he was with his father, an American pastor, and Filipino stepmother at the domestic terminal.

The three had come from the United States and were supposed to board a plane for Coron, Palawan province.  SFM/TVJ

‘Bullet not planted,’ says Naia exec, but US man says ‘they can’t lie to God’