Aquino laughs off claims on ‘resurgence’ of support for Marcoses 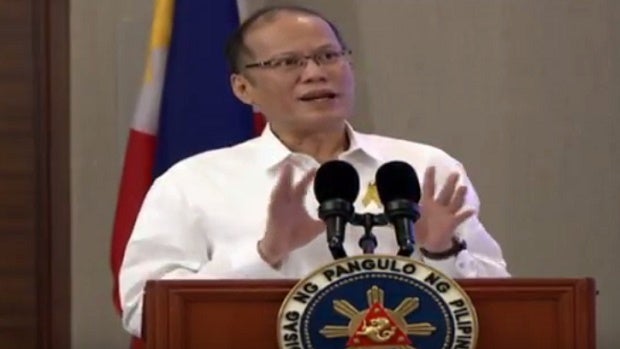 President Benigno Aquino III on Tuesday laughed off and questioned sources of the claim that the Marcos family is experiencing widespread support form the public.

“And social media an unquestioned source of information? It cannot be manipulated?” an incredulous Aquino said when the reporter cited social media groups expressing support for Senator Ferdinand “Bongbong” Marcos Jr. who is eyeing the vice presidency.

The Marcos and Aquino families have long been at odds after the President’s father, the late Senator Benigno “Ninoy” Aquino Jr. was assassinated after returning from exile in the US. Ninoy Aquino was one of the staunchest critics of the senator’s father, the late former President Ferdinand Marcos. It was during Marcos’ administration that martial law was declared. It ended when a people power uprising catapulted Ninoy’s wife and the President’s mother, Corazon Aquino, to the presidency.

Asked if he shared the view that there is a “resurgence of support” for Marcos and his sister, Ilocos Norte Governor Imee Marcos, who was recently featured on the cover of a high society magazine, Aquino said, “No. I think the answer to that is very obvious. I don’t think so.”

The President said he had faith in the Filipino people.

“There is nothing that has caused me to change the faith. That they are able to discern,” he said when asked about the Marcoses’ possible return to power.

“What we should demonstrate or highlight is the fact that there was a period in time that contrary opinions were not encouraged. That somehow they were involved…In our watch, contrary opinions…are protected in the democratic space that we have managed to really strengthen,” he pointed out. RAM