Binay: People should not jump to conclusions in INC case | Inquirer News

Binay: People should not jump to conclusions in INC case 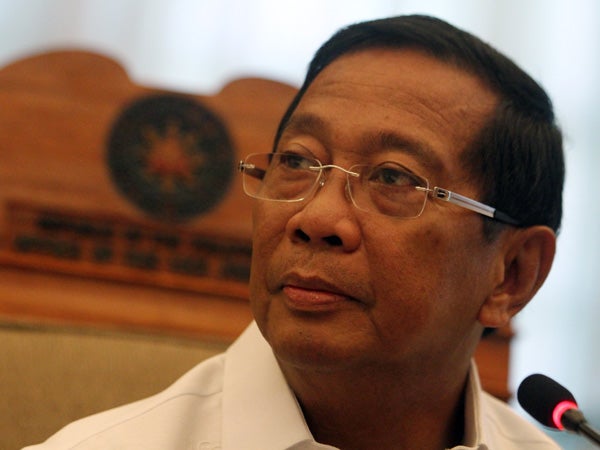 Asked how the government should handle the allegations of expelled minister Lowell Menorca II that INC leaders ordered his abduction and detention, Binay said INC had its own explanation.

“It should be handled with the rule of law, not the rule by law,” Binay said in an ambush interview.

He said the allegations must be proven.

As to whether he would support an investigation of the allegations, he noted that he had been a victim of “demolition by perception.” He said people must not jump to conclusions.

“Only the court could say if there was wrongdoing or not,” he added.

Asked whether he saw a reason to investigate INC after the latest revelations, Escudero said any complaint that would be filed in the courts or the Department of Justice (DOJ) should be allowed to take its course.

“It’s in the hands of the DOJ to decide if there is enough reason to file a case against anyone,” he told reporters.

“They also have the right to voice their opinions, whether in favor or against what the government is doing,” he said.

In a democracy, the rights of parties in a case should be balanced, he said.

“While on a quest for justice, we should also be respecting people’s rights enshrined in the Constitution and in a democracy,” he said.

Earlier, thousands of members of INC gathered in a mass protest in front of the DOJ and on Edsa for five days following the filing of criminal charges against top INC leaders by expelled minister Isaias Samson Jr.

Samson alleged that he and his family had been placed under house arrest because he was suspected of being behind efforts to expose wrongdoing in the sect.

On Sunday, Menorca surfaced to accuse INC leaders of being behind his kidnapping and plans to kill him because of a similar suspicion that he was part of efforts to expose supposed anomalies in INC.

Menorca said he was determined to file charges against the INC officials.