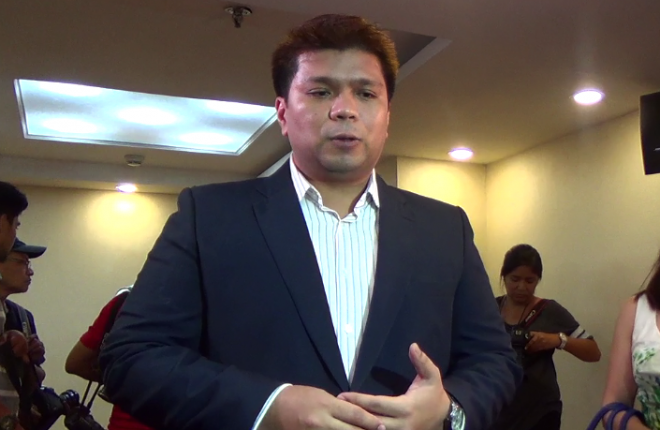 Lowel Menorca II warned that the Iglesia ni Cristo members will start another wave of protests due to Supreme Court’s en banc resolution ordering the sect’s Executive Minister Eduardo V. Manalo and the members of the Sanggunian to produce the allegedly abducted member. CATHY MIRANDA/INQUIRER.net PHOTO

A former minister of Iglesia ni Cristo (INC) warned that the Supreme Court (SC) en banc resolution ordering the sect’s Executive Minister Eduardo V. Manalo and the members of the Sanggunian, the INC’s highest advisory council, to produce the allegedly abducted members will start another wave of protests from church members.

Lowell Menorca II said on Sunday that since Manalo was made a respondent in the case, it will push more members to troop the roads again.

“During the time when the Sanggunian were the ones faced with a case filed against them, the whole church rallied. They (Sanggunian) told me, this time that ka Eduardo V. Manalo was the one being attacked, according to them, I should expect the church to be on the roads again. And this time, they will be hostile,” Menorca told members of the media.

Menorca said that while on detention, Sanggunian member Rolando Esguerra told him that nothing can stop INC to stage protests against the Philippine government.

Menorca, his wife Jinky, one-year-old daughter Yurie Kieko, and househelp Abbegail Yanson are the subjects of the petition for writs of amparo and habeas corpus which was granted by SC last October 25.

Manalo, along with the members of the Iglesia’s governing council Radel Cortez, Bienvenido Santiago, and Rolando Esguerra were ordered to produce the Menorcas in court.

The Menorcas were “rescued” last week, days before the high court granted the petition filed by the minister’s brother Anthony and his sister-in-law Jungko.

In an Inquirer report, Menorca’s lawyer Trixie Cruz-Angeles said that by granting the writs, the SC “recognized that the family has indeed been taken against their will.”

On November 3, the Court of Appeals will hear the petition.

Last August 27, members of the Iglesia ni Cristo took to the streets to protest the alleged attack on the “separation of church and state.” The protests, which were held in Metro Manila, Cebu, and Davao cities, were sparked by the illegal detention complaint filed by expelled minister Isaias Samson Jr. against INC leaders, which was accepted by the Department of Justice (DOJ).

Samson’s complaint has not yet been acted upon by the DOJ.

The INC protest in Mandaluyong City, which peaked at 20,000, brought traffic on Edsa to a halt which angered commuters.

The protests lasted for five days, concluding through an “agreement” forged between INC leadership and Malacanang.