SC in 2000: Unofficial acts not covered by diplomatic immunity 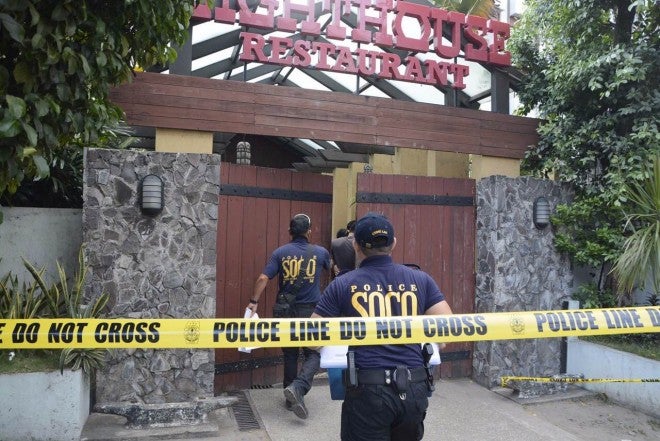 No, according to a 2000 ruling by the Supreme Court.

In ruling on a slander case against Chinese national Jeffrey Liang, at the time an economist at the Asian Development Bank (ADB), the high court said the Department of Foreign Affairs’ (DFA) grant of diplomatic immunity “has no binding effect in courts.”

The Jan. 28, 2000 First Division ruling denied Liang’s plea against the Pasig Regional Trial Court’s arrest order against him for defamatory statements against his secretary six years earlier, drawing the line between immunity covering acts performed in a diplomat’s official capacity, and those outside of duty.

It cited how the immunity privilege granted to ADB officials in Manila under an agreement between the bank and the Philippine government was not limitless.

At the time, the DFA maintained that the economist was protected from criminal prosecution under his immunity privilege. It held the same stand in 2012 when it invoked full diplomatic immunity for Panamanian diplomat Erick Bairnals Shcks, who was accused of sexually assaulting a 19-year-old girl.

Shcks was able to leave the Philippines. Spared from prosecution here, he was later declared persona non-grata by the DFA.

“The immunity mentioned therein is not absolute, but subject to the exception that the act was done in ‘official capacity,'” said the high court, in a ruling penned by the then Associate Justice Consuelo Ynares-Santiago.

In a March 26, 2001 resolution that junked Liang’s plea with finality, the court maintained its original ruling, saying slander “cannot be considered as an act performed in his official capacity.”

“…[T]he slander of a person, by any stretch, cannot be considered as falling within the purview of the immunity granted to ADB officers and personnel,” read the resolution, which dismissed Liang’s reconsideration plea.

“Petitioner argues that the Decision had the effect of prejudging the criminal case for oral defamation against him. We wish to stress that it did not. What we merely stated therein is that slander, in general, cannot be considered as an act performed in an official capacity,” the high court said.

Such ruling echoed the application of “functional immunity,” or protection from suit that would apply only in the performance of a diplomat’s official functions.

International law expert Harry Roque said such a principle applied to the Cebu shooting, where a Chinese consul and her husband were tagged in the deaths of two of her fellow consuls and for injuring Consul General Song Rong Hua.

The couple has invoked diplomatic immunity.

Roque believes the husband and wife should be prosecuted in the Philippines.

“Consuls only have functional and not full immunity. They can and should be prosecuted,” said Roque in a text message yesterday.

“Murder has no relation to consular functions. The Philippines should exercise jurisdiction. This is pursuant to the Vienna Convention on Diplomatic Relations,” said the lawyer of the 1961 treaty.

Article 31 of the Convention spells out the bounds of immunity from criminal, civil and administrative jurisdiction of a host state, saying this applies to only to “an action relating to any professional or commercial activity exercised by the diplomatic agent in the receiving State outside his official functions.”

“The shooting incident in Cebu was a breach of Philippine penal laws and should be investigated and prosecuted as an ordinary crime,” said Roque in a statement later sent to reporters.

Perhaps the most popular illustration of the limits to diplomatic immunity was the denial of diplomatic immunity to Domique Strauss-Kahn, a French economist and former presidential hopeful who faced sex charges in New York in 2012, when he was still head of the International Monetary Fund (IMF).

Strauss-Kahn was arrested at a United States airport on May 14, 2011 for allegedly attempting to rape hotel housekeeper Nafissatou Diallo. He was denied full immunity by a New York state court despite claims that the IMF’s ties with the United Nations extended such protection from suit to “acts done in the executive’s personal capacity.”

New York prosecutors dropped the criminal charges against him citing “substantial credibility issues,” and he later agreed to a settlement of Diallo’s civil case for a confidential amount.  SFM