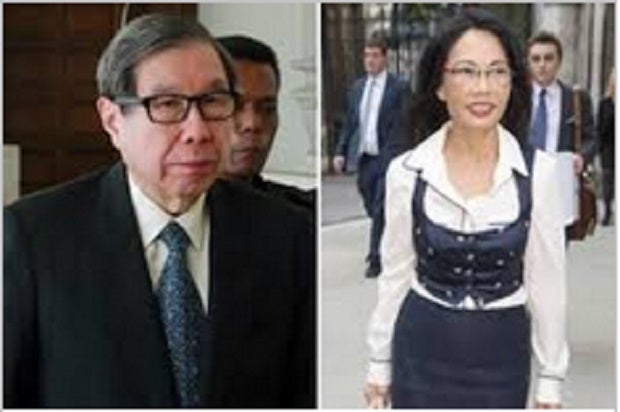 PETALING JAYA, Malaysia—Malaysian tycoon Tan Sri Khoo Kay Peng and his estranged wife Pauline Chai have racked up £5m (US $7.72-million) in lawyers’ bills during a divorce settlement dispute in the United Kingdom.

It was reported that a barrister representing Khoo on Tuesday gave three Court of Appeal judges details of the amounts the couple had spent on lawyers at the start of the latest round of the legal battle.

The report said Timothy Scott QC told a hearing in London that Chai had run up bills totalling about £3.5m.

Scott added that Khoo’s bills came up to approximately £1.5m.

Khoo, 74, who owns 44% of Laura Ashley PLC, and Chai, 68, a former Miss Malaysia were unable to agree on whether decisions in the divorce settlement ought to be made in English or Malaysian courts.

A number of high court judges analysed the dispute before it reached the Court of Appeal.

Three Court of Appeal judges who examined evidence and legal argument at a hearing in London on Tuesday said they would decide at a later date.

In June, the Court of Appeal in Malaysia ruled that Chai does not have the right to choose where she wants to stay as the common law rule still applies, that is, the wife follows the husband’s place of residence.

The court decided this in the appeal by Chai against a court order that favoured Khoo, who wanted their divorce case heard in Malaysia instead of the United Kingdom.