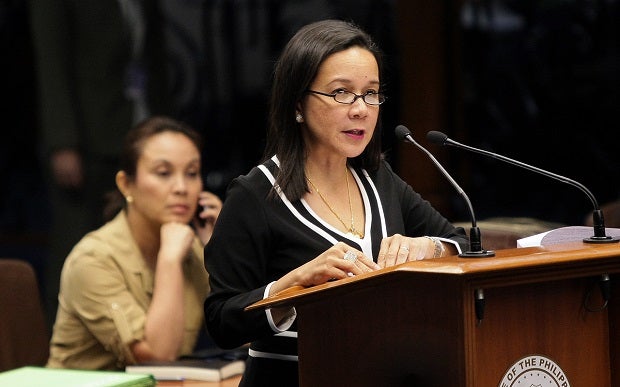 A THIRD petition to take Sen. Grace Poe out of the 2016 presidential election was filed in the Commission on Elections (Comelec) Tuesday by a political analyst, who said he wanted to show Poe that not all those who were questioning her qualifications were paid by her rivals or people with “evil plots.”

In his 14-page petition, Antonio Contreras, a political science professor at De La Salle University, asked the Comelec to cancel the certificate of candidacy (COC) for President that Poe filed on Oct. 15.

Unlike the first two petitions brought by former Department of Justice Prosecutor Estrella Elamparo on Oct. 16 and by former Sen. Francisco Tatad on Monday, Contreras’ petition does not tackle the question of Poe’s citizenship, but only her supposed failure to meet the 10-year residency required of presidential candidates.

Comelec Chair Andres Bautista on Tuesday announced that Elamparo’s petition had been raffled off to the Second Division.

“The agreement [during the full-commission meeting] is that since the first case has been raffled off to the Second Division, all the other petitions for [Poe’s] disqualification will be consolidated,” Bautista told a news conference.

In an interview with reporters, Contreras said he had no plan to bring a case against Poe, as two similar cases had already been filed against the senator.

But a statement from Poe’s camp on Monday that the cases were the handiwork of “sinister minds” provoked him, he said.

“I realized that it’s about time that we have to tell these people that an ordinary citizen like me, a voter, a natural-born citizen of this Republic, doesn’t have to be sponsored to seek the truth,” Contreras said.

Contreras said he paid the P10,100 filing fee out of his own pocket. He also said De La Salle had nothing to do with his actions against Poe.

“It’s just infuriating to be branded as someone who has an evil plot or has been paid just because you are questioning the qualifications of a candidate,” he said.

Contreras explained that he did not include the issue on Poe’s citizenship as it was already being tackled at the Senate Electoral Tribunal (SET) and there was no clear jurisprudence on the citizenship of a foundling.

Proving Poe did not meet the 10-year residency would be easier because “it’s mathematical and numerical,” he said. “There is no judgment about you as a person.”

Poe, an adopted daughter of the late movie actor Fernando Poe Jr. and his wife, actress Susan Roces, was born and raised in the Philippines but moved to the United States in 1991 to finish her undergraduate studies and eventually worked there.

According to her, she decided to return to the Philippines after her father died in December 2004, but returned to the United States in February 2005.

She says she returned to the Philippines the same year and bought a house in Quezon City and enrolled her children in local schools.

In 2006, she says she acquired dual citizenship, although those seeking her disqualification claim that she continued to use her US passport up to 2009.

Later that year, Poe says, she finally got a Philippine passport and the next year she renounced her US citizenship so she could accept her appointment as chair of the Movie and Television Review and Classification Board.

She says she reaffirmed her renunciation of US citizenship in 2011.

Poe’s camp says she returned to live permanently in the Philippines 11 years ago, in late 2004, after the death of her father.

The Comelec’s online precinct finder lists Poe as having registered as a voter on Aug. 31, 2006, at Santa Lucia Elementary School in San Juan City.

In his petition, Contreras asked the Comelec to deny due course to or cancel Poe’s COC on the grounds that she made a false entry in the document when she claimed that she would be a legal resident of the Philippines for 10 years and

His petition noted that the SET proceedings had established that she reacquired her Filipino citizenship on July 19, 2006.

“While indeed she traveled to the Philippines in 2004 to attend the wake and burial of her adoptive father and on several occasions before that, and while she may have been physically living in the Philippines for a longer duration after that from 2005 as she implies in her [COC], it was as a foreign visitor,” he said.

He said that during that period, Poe was carrying a US passport and she lost her Filipino citizenship on Oct. 18, 2001.

Poe, he said, was also not issued an immigrant certificate of residence by the Bureau of Immigration during this time, which could have proven that her stay in the country was as a permanent resident on an immigrant status.

Contreras said the earliest Poe could claim to have reestablished her Philippine domicile was on July 18, 2006, the date she became a Filipino citizen again by virtue of Republic Act No. 9225.

“This is already too late for her to qualify to run for President in the elections on May 9, 2016, considering that it is already two months and nine days after May 9, 2006, the date which she should meet in order for her to fulfill the 10-year requirement,” he said.

Valenzuela Mayor Rex Gatchalian, Poe’s spokesperson, said the growing number of petitions to disqualify the senator from the presidential race was “aimed at sowing confusion.”

“It’s turning the electoral process into a mockery because why [can’t they just] wait for the [first] one to be decided?” Gatchalian said.

He said “all these petitions are meant to condition the minds of the voters that Senator Poe will be disqualified.”

Gatchalian said, however, that Poe remains undaunted and ready to face the challenges to her qualifications.