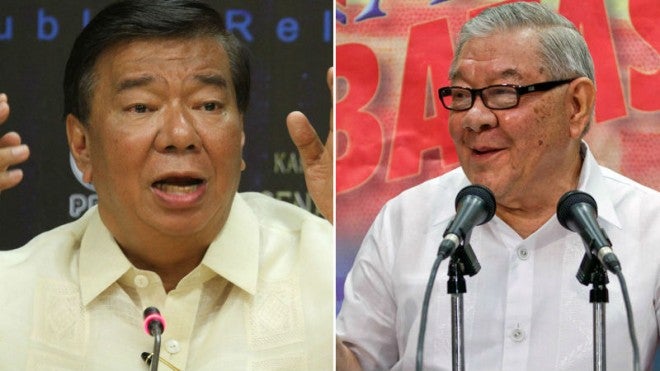 WITH the election season heating up, the leaders of Congress are pushing for lower personal income and corporate taxes, and Malacañang, seeing the wisdom of the proposal, may be softening up on the idea.

Speaker Feliciano Belmonte Jr. said Tuesday that the majority leaders of the House of Representatives had not given up on the income tax reform bill pending in both chambers of Congress and would pursue the proposal when sessions resumed next month.

Belmonte said he and Senate President Franklin Drilon would seek an audience with President Aquino, who had indicated that he would veto the bill.

Learning that Belmonte and Drilon were set to raise the matter with Mr. Aquino, Malacañang said Tuesday that it would wait for “specific proposals” for the reduction of the personal and corporate taxes from the leaders of Congress.

“We recognize the mandate of Congress to initiate the revision of laws invoking revenue generation for the government. We will await specific proposals from Speaker Belmonte and other leaders of Congress,” Communication Secretary Herminio Coloma Jr. said at a press briefing.

Last month, President Aquino said people having a bigger disposable income because they pay less taxes was nice, but this would be negated by the higher value-added tax (VAT) that would have to be imposed on basic goods and services to offset the losses from lower taxes.

The Department of Finance has proposed raising the VAT from the current 12 percent to 14 percent to compensate for the revenue loss the government would incur from the lowering of the personal income tax.

The push for passage of the income tax reform bill will have the support of the Nationalist People’s Coalition (NPC), the country’s biggest political party, when sessions resume next month, the party’s president said Tuesday.

Deputy Speaker Giorgidi Aggabao, the NPC president, said all members of the party had agreed to take a “party line” vote on the income tax reform bill despite the open rejection of President Aquino on anything that would reduce government revenue and undermine the Philippines’ credit rating.

“The members met before the break, and the collective sentiment is for the party to address an issue that matters to the lower and middle income classes,” Aggabao said.

The income tax reform bill pending in both chambers of Congress proposes to raise the tax exemption ceiling to P150,000 a year and lower the income tax rate currently pegged at 32 percent.

The bill would also raise from P500,000 to P10 million the trigger for the higher income tax rate and reduce the corporate tax rate from 32 percent to 25 percent.

The tax reform, the first in two decades, would provide more disposable income for wage earners and corporations but reduce the government’s revenue collections.

“The party thinks that the resulting budget hole this measure would create will be overshadowed by the larger symbolism of the measure—a huge step to uplift the lot of the ordinary people,” Aggabao said.

The NPC has 42 members and eight party-list allies in the House of Representatives.

“I think Congress could pass it and leave the measure to the President to sign or veto,” Aggabao said.

He said Bayan Muna Rep. Neri Colmenares, a main proponent of the income tax reform, had talked with NPC chair emeritus Eduardo “Danding” Cojuangco Jr. on the benefits of reducing the taxes collected from earnings of individuals and corporations.