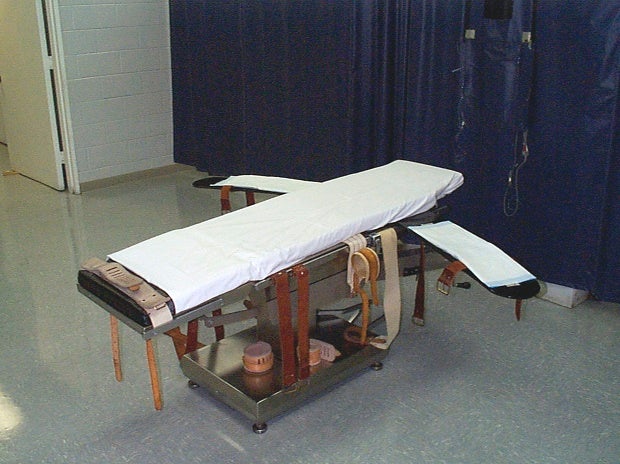 RICHMOND, Virginia, United States—Death penalties are becoming more rare in the state of Virginia largely because defendants are getting better legal representation, particularly during the sentencing phase of their trials, according to a new study that tracks with what experts say has happened in some other states.

The study released Monday by University of Virginia law professor Brandon Garrett compared the 21 capital murder trials since 2005 to a group of 20 such trials from 1996 to 2004. He found that the sentencing phase for the older group of trials averaged less than two days while the average for the more recent trials was four days. That’s because defense lawyers are calling more witnesses than before to present evidence that could help their clients.

More than half the trials since 2005 resulted in life sentences — double the previous rate.

“The difference between the lawyering in the ’90s and the last decade was just stunning to me,” Garrett said in an interview. “I just couldn’t believe how little work they used to put into sentencing. It was almost like an afterthought.”

The change roughly coincides with the establishment in 2004 of four regional capital defender offices staffed by attorneys and investigators who devote all their time to death penalty cases. Before that, capital murder defendants typically were represented by court-appointed attorneys who received minimal fees and money to hire investigators and experts.

“If you’re going to have a death penalty, it should be a fair contest and Virginia has made strides in that regard,” Garrett said.

Robert Dunham, executive director of the Death Penalty Information Center in Washington said most states that aggressively pursue the death penalty have not made meaningful reforms in representation. And he is aware of no national studies of the 31 death penalty states that specifically have found an overall increase in the number of witnesses called by defense lawyers.

However, he said there is ample evidence that death sentences decline when states improve representation for defendants.

Texas, for example, has sent fewer than 10 people to death row each year since it established regional capital defender offices in 2008. The state, which leads the nation with 530 executions since the U.S. Supreme Court reinstated the death penalty in 1976, sent 48 people to death row in 1999, Texas’ high count for a single year.

Kathryn Kase, executive director of the nonprofit Texas Defender Services, said regional capital defender offices covering 160 of the state’s 254 counties have helped reduce the number of death sentences. But she said most of that success has come at the front end of cases, gathering enough mitigating evidence to persuade prosecutors not to go for the death penalty in the first place.

Dunham said that some states such as New York and New Jersey improved defense resources, then saw the number of death sentences plummet and later abolished capital punishment altogether.

Virginia has sent only six people to death row in the last nine years after sending 40 over the previous eight years, according to statistics compiled by the Death Penalty Information Center. As a result, Virginia has only seven inmates on death row—down from a high of 57 in 1995. The state also has slipped from second to third, behind Texas and Oklahoma, in the number of executions since 1976.