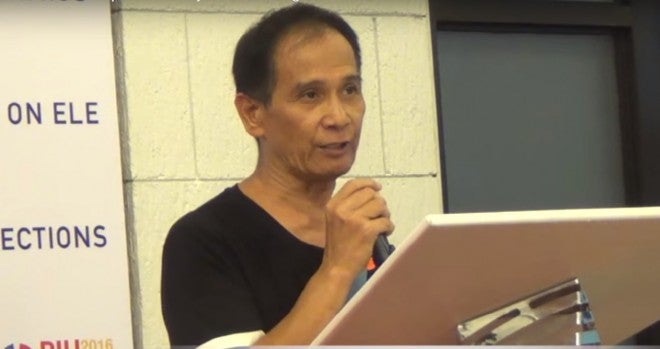 Arturo Reyes, a presidential hopeful, wants to legalize the four seasons in the Philippines. INQUIRER.net PHOTO

A presidential hopeful in next year’s polls who wants to propose a law calling for the legalization of the four seasons—winter, spring, summer, and fall—became the favorite of INQUIRER.net readers among everyone who filed their certificates of candidacy last week in the Commission on Elections (Comelec).

Arturo Reyes, who also wants to annex the Philippines to the United States and advocates for the return of its military bases, was picked by 1,263 voters as their favorite.

The second favorite of the site’s readers is senatorial hopeful Dan Daniel Magtira, who claims that he is the husband of presidential sister Kris Aquino. During the filing of his COC, Magtira even offered a song to Aquino.

Romeo John Reyes is the third pick of INQUIRER.net readers. Reyes, who calls himself as “Archangel Lucifer” said that he was sent by God to run for president.

A total of 4,783 readers answered the question: “Of all the ‘unusual’ personalities who filed their certificates of candidacy, who is your favorite?”

The INQUIRER.net poll is not a scientific survey. It is an interactivity tool that can, within its limits, reflect the interests of online readers. AJH