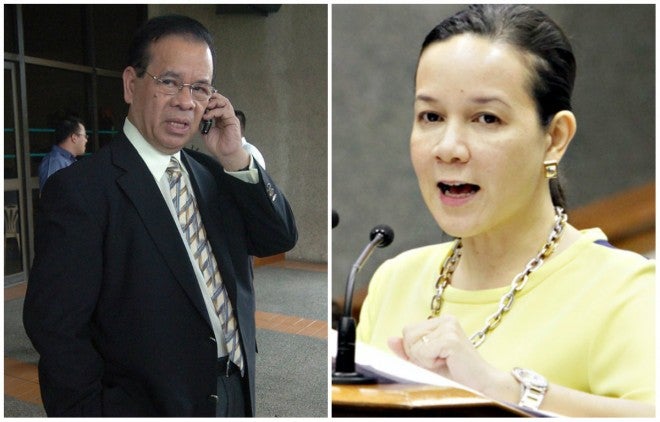 Tatad filed the petition before the Commission on Elections (Comelec) head office at the Palacio del Gobernador in Manila. He was represented by lawyer Manuelito Luna.

The former senator, who ran with Poe’s father in 2004, denied that the case was politically motivated, adding that his action was not intended to benefit any presidential aspirant.

Tatad’s camp claims that Poe is not a natural-born Filipino and that she failed to satisfy the 10-year residency requirement needed for the lady senator to run for president — the same grounds being alleged in the various disqualification cases lodged against Poe.

Speaking to reporters, Luna said that if the Comelec decided to rule in their favor, Poe would be “perpetually barred from seeking public office.”

The former senator’s petition is the third poll-related case filed against Poe before the Comelec.

In August, 2013 senatorial loser Rizalito David accused Poe of “material misrepresentation” in the certificate of candidacy (COC) that she filed in 2013. Last week, former Government Service Insurance System (GSIS) legal counsel Estrella Elamparo filed a petition seeking to “deny due course or cancel” the COC of the senator.

The criminal charge earlier filed by David imposes a penalty of up to six years imprisonment while Elamparo’s petition disqualifies Poe from running for president.
Luna is David’s counsel who earlier filed a disqualification case before the Senate Electoral Tribunal seeking to unseat Poe because she was not a natural-born Filipino and thus failing to satisfy the qualifications to become a Philippine senator.

David filed his COC for president in next year’s polls last October 12.

Meanwhile, Poe’ camp reiterated that the senator already filed all the requirements for her to run for president.

“Every Filipino has the right to avail of the remedies afforded by law. The former senator is entitled to his opinion and we will respect that. In the end, the rule of law prevails and the vibrancy of our democracy is sustained,” Poe’s counsel Atty. George Garcia said in a statement.

“It is, however, our position that all the requirements to seek for higher office have been met by Senator Grace Poe,” he added.