Clinton backs Obama’s move to keep US forces in Afghanistan 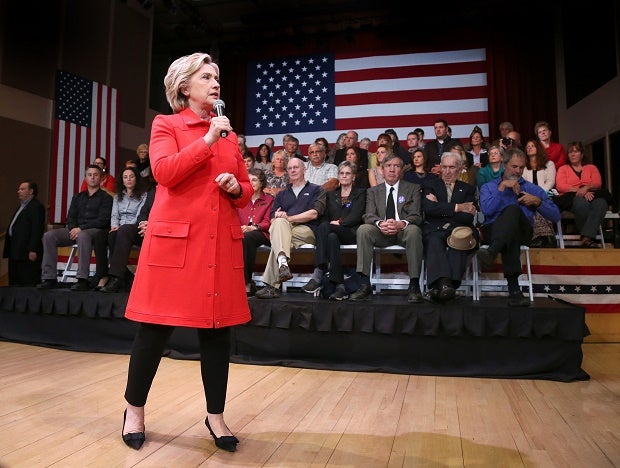 Clinton said Friday in an interview with CNN that Obama’s moves were an example of “a leader who has strong convictions about what he would like to see happen but also pays attention to what’s going on in the real world.”

The president had originally planned to keep only a small US military presence by the end of his presidency. But military leaders have said the Afghans need more support from the US to fight the Taliban and maintain gains made during the past 14 years.

Clinton, who served as Obama’s secretary of state during his first term, said the US wants to bring its troops home and “we certainly don’t want them engaged in on-the-ground combat. We want them to help support and train the Afghan army.”

“So I can’t predict where things will be in January of 2017. But I support the president’s decision,” she said.

The White House’s announcement thrusts the future of Afghanistan into the 2016 race, an issue that has received scant attention up to this point and was not addressed during the first Democratic presidential debate on Tuesday.

Clinton has not talked extensively during her campaign about how she would pursue a peaceful transition from the war in Afghanistan.

She said in a June 2014 interview at the Council on Foreign Relations that she would be open to extending the timeline for US withdrawal from Afghanistan but it would depend upon “conditions on the ground and what was being asked for.”

Clinton negotiated with then-Afghan President Hamid Karzai on a bilateral security agreement toward the end of her tenure that would have set the legal parameters for the residual force to stay in Afghanistan. She has said she was surprised when Karzai refused to sign it.

Clinton has said that setting a timeline for withdrawal was an important step but the Afghanistan government would need to step up to make it work.

As secretary of state, Clinton supported Obama’s troop surge in Afghanistan, writing in her book “Hard Choices” that she was “under no illusions about how difficult it would be to turn around this war. But all things considered I believed that the president had made the right choice and put us in the best position to succeed.”

US military favors keeping troops in Afghanistan past 2016