CEBU CITY—The gubernatorial race in Cebu is shaping up to be between allies of President Aquino and former President Gloria Macapagal-Arroyo.

Winston Garcia, general manager of Government Service Insurance System during the Arroyo administration, filed his certificate of candidacy (COC) for governor around 9:30 a.m. on Thursday.

Before he and his slate, under the coalition called One Cebu, could finish the processing of their COCs at the Commission on Elections (Comelec) provincial office, Gov. Hilario Davide III and his group, members of the Liberal Party (LP), arrived to file their own COCs. 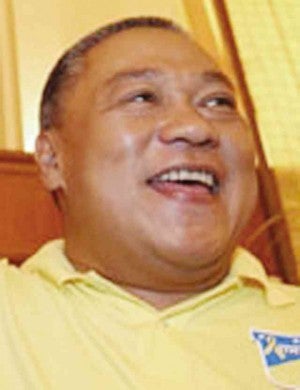 Davide and members of his slate waited outside the Comelec office until Garcia’s group was done with the filing.

They were joined later by two other members of the Garcia clan—Rep. Gwendolyn Garcia of Cebu’s second district who is seeking reelection and former congressman Pablo John Garcia who is running for congressman in the new seventh district.

Portion of the Osmeña Boulevard near the Comelec office was closed to traffic after more than 1,000 supporters of Bando Osmeña-Pundok Kauswagan went with former Mayor Tomas Osmeña, Councilor Nestor Archival and candidates for councilors in filing their COCs.

Osmeña is challenging the reelection bid of Mayor Mike Rama who defeated him in the 2013 elections.

His supporters, mostly in blue shirts, stayed outside the Comelec office, disrupting traffic.

They cheered after a candidate familiar to them emerged from the office after filing the COC.

Arnaiz and his party mates were the first to arrive at the Comelec provincial office past 8 a.m.

They proceeded to the Comelec Dumaguete office to show their support to Dumaguete Vice Mayor Woodrow Maquiling Sr., who filed his COC for mayor in Dumaguete.

Less than an hour after NPC bets left the Comelec provincial office, Degamo and party arrived to file their COCs.

In the afternoon, Degamo and party went to the Comelec office in Dumaguete to show support to former Dumaguete Mayor Felipe Remollo, who filed his COC for mayor.

Remollo, however, was unable to complete the process since he has yet to secure his certificate of nomination and acceptance from the LP, which he wants to represent.

In Iloilo, thousands of supporters in red and yellow shirts and carrying streamers and placards accompanied LP candidates in Iloilo City in filing COCs on Thursday.

Mabilog will face Marigold Gonzalez, of the United Nationalist Alliance (UNA) and daughter of the late justice secretary Raul Gonzalez, who lost in her bid for mayor in 2013.

Iloilo Rep. Niel Tupas Jr., a close ally of President Aquino in LP, will be the running mate of Gov. Arthur Defensor who is seeking reelection.

His wife and chief of staff, Angeli Lee-Tupas, filed her COC to replace her husband.

From acting to running

In Antique, Gov. Rhodora Cadiao (UNA) filed her COC for governor against former Gov. Exequiel Javier whom she replaced last year after Javier was removed from office for an electoral offense.

In Aklan, Gov. Florencio Miraflores and Rep. Teodorico Haresco Jr., both of LP, are seeking another term.

In Bacolod City, it will be a battle between two long-time political foes for the mayoral seat. 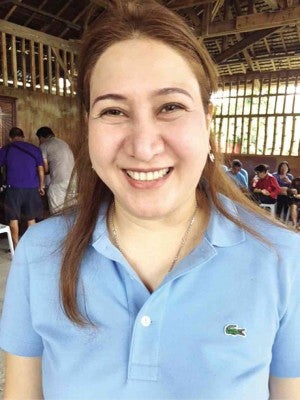 In Leyte, Marilou Baligod is running for Baybay mayor. She is the wife of Levi Baligod, former lawyer of several whistle-blowers in the pork barrel scam.

Rep. Lucy Torres of Leyte’s fourth district filed her COC past 3 p.m. on Thursday for a third term.