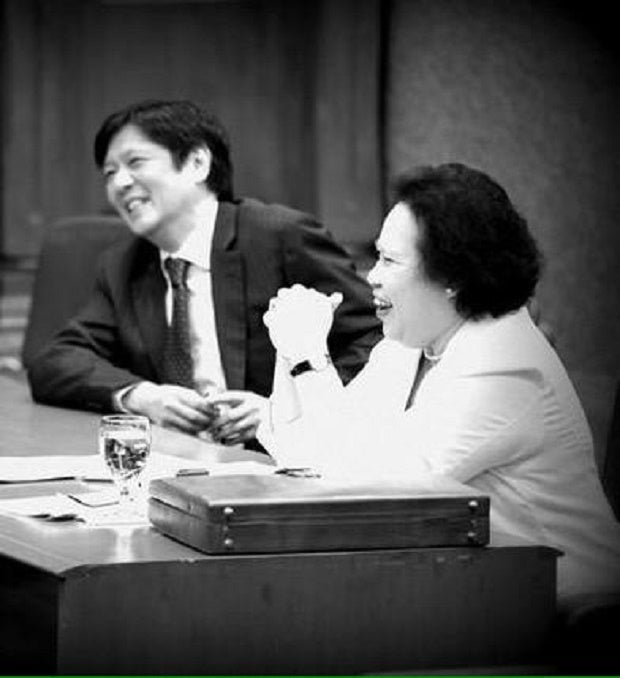 Senator Miriam Defensor-Santiago on Thursday confirmed that Senator Ferdinand “Bongbong” Marcos Jr. is her running mate in next year’s polls.

READ: Miriam Santiago will run for president in 2016

Asked to confirm if Marcos is her running mate, the senator said: “Yes.”

The feisty senator announced her desire to run for the presidency on Tuesday in a book launching event. She hinted that her running mate has already filed his candidacy.

About the same time of her announcement, Marcos filed his certificate of candidacy (COC) at the Commission on Elections office in Intramuros, Manila.

Defensor-Santiago said that she will gun for the presidency as she has beaten her stage 4 lung cancer.

She added that she will file her COC on Friday. RAM