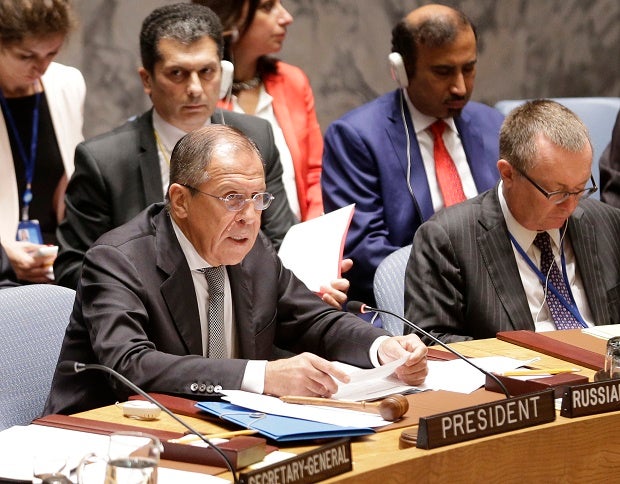 UNITED NATIONS — Diplomats expect no surprises in Thursday’s elections for new members of the Security Council but there will almost certainly be some fireworks when Ukraine joins the UN’s most powerful body, where arch opponent Russia has a permanent seat.

This year’s election is uncontested — five candidates for five seats as non-permanent members.

The only requirement for the candidates — Ukraine, Egypt, Japan, Senegal and Uruguay — is that they win approval from two-thirds of the 193 UN member states. So their election is virtually assured and the five countries will join the council for two-year terms starting on Jan. 1.

Nonetheless, there has been some heavy campaigning, especially by Egypt which invited ambassadors to visit the country during the summer and which hosted a gala dinner Tuesday night for about 500 people, including all UN ambassadors and their spouses. It was held at the Temple of Dendur in The Metropolitan Museum of Art, a gift to the United States from the Egyptian government in 1965.

Ukraine’s Foreign Minister Pavlo Klimkin was also in New York this week, meeting with UN ambassadors and letting the media know that relations with Russia will be anything but conciliatory following its annexation of Crimea and its military and political interference in Ukraine’s eastern Donbas region.

Russia has been quietly campaigning against Ukraine, according to diplomats who spoke on condition of anonymity because discussions have been private, but Klimkin said he was “optimistic” about the vote.