‘Fashion designer from UST’ wants to be PH president 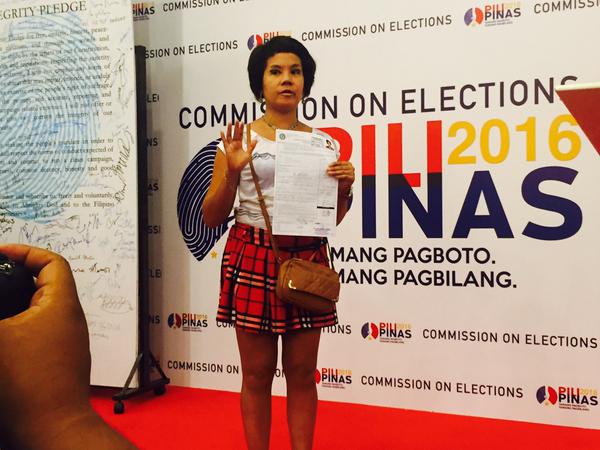 A 39-year-old Filipino woman, who said she was a fashion designer and claimed that she graduated from the University of Santo Tomas, wants to be the next president of the Philippines.

Jean-Pierre Pardo was among the many hopefuls who filed their certificates of candidacy at the Commission on Elections headquarters in Intramuros, Manila on Wednesday.

Pardo said she will run on a platform of home improvement.

But the former “fashion designer” refused to disclose her COC to the media and declined to answer questions.

As of Oct. 14, 10:30 a.m., Comelec spokesperson James Jimenez said 44 people have filed COCs for president, 10 for vice president, and 44 for senator. Thirty-one party-list groups have also fielded their nominees.

The filing of COCs, now on its third day, will run until Friday, Oct. 16. The Comelec will release the official list of candidates on Dec. 10. IDL