In Tarlac politics, not all Cojuangcos created equal

And with this, he says, there is change in what he describes as the “balance of power” within his party, the Nationalist People’s Coalition (NPC).

Cojuangco says he is prepared to run for representative next year while his father would have run for governor. The slate would have had outgoing Gov. Victor Yap running for Tarlac City mayor and incumbent Rep. Susan Yap (second district) seeking reelection.

This, too, is public knowledge in the province as the body language of key players in Tarlac politics move in that direction.

But following his father’s death, Cojuangco says, for one reason or another, he was no longer part of the equation nor was he even included in party discussions or accorded respect as an incumbent.

Still, Cojuangco and other party members say he is still a member of the NPC even as others describe his exclusion as a “constructive dismissal.”

While Yap is Tarlac’s NPC chair, the elder Cojuangco, when he was alive, exercised leadership of the party in the province.

Yap says he was given authority by the party to chair the province only in August. The late Cojuangco was the youngest brother of businessman Eduardo “Danding” Cojuangco Jr., NPC chair emeritus. 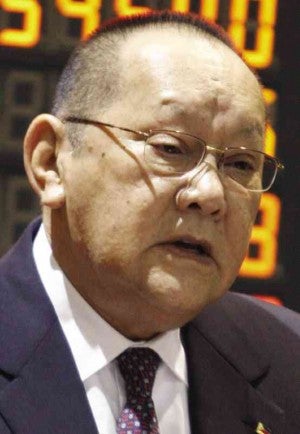 But Cojuangco says he and his uncle, Danding, have not talked since his father died.

Cojuangco says he has been vocal about not seeking reelection. “To do so is a redundancy. My objective is already done—that is to make meaningful change and make a difference. A standard at the Sanggunian is made, I hope it will not slide,” he says.

Senior Board Member Carlito David, who had served in Tarlac’s third district under at least four vice governors, agrees. “In this term of Vice Governor Cojuangco, we follow parliamentary rules and there is minimal call for executive sessions,” he says.

While Yap and Cojuangco are not at loggerheads, certain issues confronting the province and how these should be addressed by the executive and the legislative branches are the undercurrents.

For Cojuangco, two major issues come to mind: the Canadian garbage dumped in Tarlac and the 30-percent share allotted by the Philippine Health Insurance Corp. (PhilHealth) for the staff of the Tarlac Provincial Hospital (TPH). These issues are subjects of discussions at the national government level as these would impact on national policies.

“Still I was misunderstood,” says Cojuangco. “When I stood up against the Canadian garbage being dumped in the province, I was not ‘namumulitika’ as others say. I did so because it is the right thing to do,” he says.

“I did not want the Kalangitan landfill shut down; I want it regulated. The local legislature has done its job. If I scrutinize the province’s budget to its finest detail, I did so because it is the right thing to do because this is people’s money,” he says.

As to the PhilHealth and TPH issue, Cojuangco says, “Imagine what happens to our public health system if the amount is not given to the doctors and the medical community as a whole? Don’t they deserve that?” he asks.

In July, the 90 doctors and more than 200 nonmedical staff of TPH protested the move of the provincial government to cut their PhilHealth incentive from 30 percent to only 2 percent. 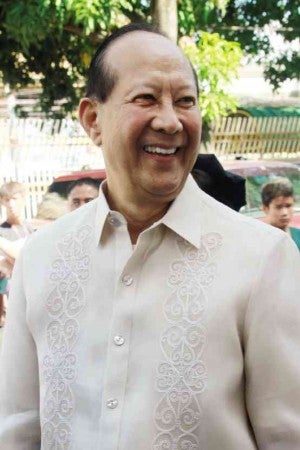 Yap had said he introduced this reform to increase the financial capacity of TPH to help more poor people.

The NPC will field Susan Yap for governor with David as her running mate. Governor Yap will run for representative of the second congressional district while Rep. Noel Villanueva of the third district will seek a second term.

In the province’s first district, supposedly the bailiwick of Cojuangco, the NPC candidate will be his first cousin, former Negros Occidental Rep. Charlie Cojuangco, son of Danding.

He says he wanted to pursue his father’s legacy. “I have prepared my certificate of candidacy and I am ready any time, but for the sake of family unity, I will file that COC only if Charlie will not run. [But] I believe that he will,” he says. “I can step back and give a chance for the family to unite. If the people clamor for me, there is always the future.” 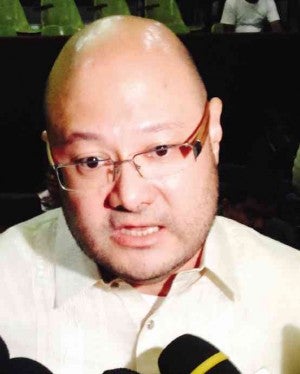 He continues: “I know I will do a good job [in Congress] because I will do what is the right thing to do. But it is another thing to win and get there. I am ready to be a congressman but doing the job and getting there are two different things at nawala sa akin ‘yan (and these were lost in me) when Dad died.

“I do not want history repeating itself: Cojuangco versus Cojuangco. It happened twice. The first between Uncle Danding and Uncle Peping (Danding’s cousin, Jose Cojuangco Jr.) and the second between my Dad and Tita Tingting (Peping’s wife, Margarita).

“I do not want this to happen in our generation … Charlie is the unifying factor here right now.”

In Bacolod City, Charlie announced that he is running for congressman of the first district of Tarlac.

“I am running in the 2016 elections for a seat in congress representing the first district of Tarlac, where I have been a resident in the last two years,” Charlie said on Tuesday.

He said Negros would always be home for him, but it is time to also do something for the province of his paternal roots.

“I am moving on proud and happy in the thought that I have done something for the fourth district of Negros Occidental, that during our watch, we improved things for the district and our people,” he said.

“So much more need to be done, obviously and it is time for the incumbent leadership and the one our people will choose next year to do what needs to be done,” he said. With a report from Carla P. Gomez, Inquirer Visayas