Artisans get support thru ‘Obra Sagrada’ 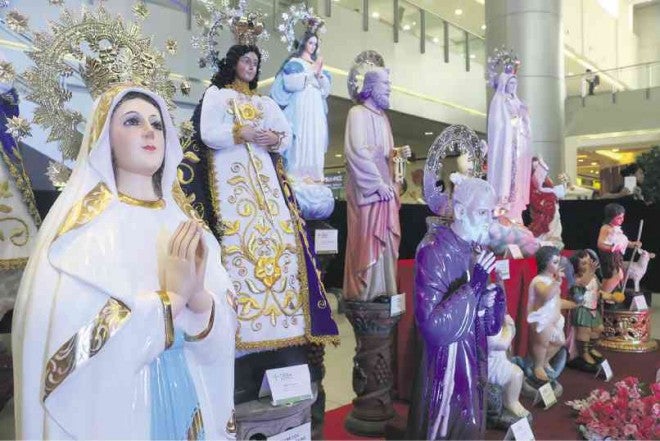 IMAGES of the Virgin Mary, saints and angels are featured in the exhibit “Obra Sagrada” to show the talent of Filipino artisans. PHOTOS BY E.I. REYMOND T. OREJAS / CONTRIBUTOR 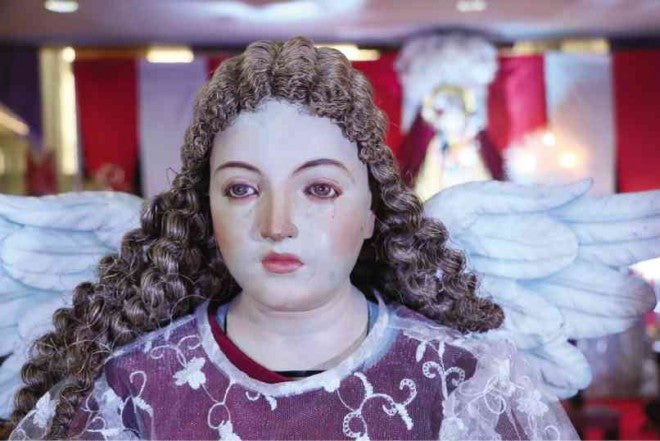 “Unprecedented initiative” was how Lingayen-Dagupan Archbishop Socrates Villegas, president of the Catholic Bishops’ Conference of the Philippines (CBCP), called the ecclesiastical exhibit that opened last weekend at SM Clark. It aimed to raise awareness on the artistry and situations of artisans.

“The success of Obra Sagrada 2015 and its future expansion to include more craftsmen from all provinces are geared toward making the Philippines the premier destination for finely crafted and traditionally made religious artifacts in the Asia-Pacific region,” said Rolando Rodriguez, chair of the Foundation for Lingap Kapampangan Inc. (FLKI), the lead organizer.

The FLKI shifted to helping save cultural and historical heritage after it led campaigns to build dikes and other life-saving structures in Pampanga amid proposals to abandon the province in the aftermath of the 1991 eruptions of Mt. Pinatubo.

“We know making religious arts is how you make a living. We know you’re struggling to continue the traditions. We want to help you sustain your work,” Rodriguez told craftsmen during the opening of the two-day exhibit on Oct. 10.

Benedictine monk Dom Martin de Jesus displayed Mass vestments woven from pineapple and other local materials available in and around the Monastery of the Transfiguration in Malaybalay, Bukidnon.

Two large sculptures—the Our Lady of Palo statue and the Crucified Christ made by Willy Layug for the Masses celebrated by Pope Francis in the country in January—were featured in the exhibit.

Rey Cayanan, president of the Sta. Ursula Cooperative of Woodcarvers based in Betis, Guagua town, said they would pray or go into a novena to seek God’s guidance in creating a beautiful piece out of a chunk of wood.

There was no formal apprenticeship program in the woodcarving villages and Cayanan learned sculpting by helping around in the workshops of older Betis artists.

“We intend to unite religious artists. Pampanga is a catalyst to this,” said Bishop Pablo Virgilio David, incoming chair of the CBCP Permanent Committee on Cultural Heritage of the Church.